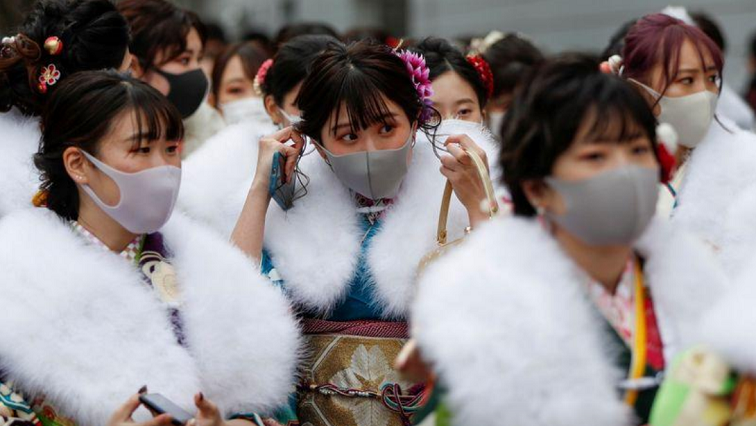 Young women in colourful traditional costumes, masks and white stoles braved cold weather in lines and sat seats apart from one another in Yokohama on Monday to mark Japan’s Coming of Age Day, even though the city is under a state of emergency.

The ceremonies, typically full of kimono-clad women and smartly-dressed men, were cancelled in many cities and parties were discouraged to stem a rise in COVID-19 infections.

On the second Monday in January every year, people who have turned or are about to turn 20 take part in ceremonies in local event halls or other large-scale venues to celebrate the rite of passage to adulthood.

The occasion, which is observed with a national holiday, serves in effect as class reunions for some and represents one of the major child-rearing milestones for parents.

“I came as I’ve got my kimono ready and am taking steps to prevent infection. I’m not that worried,” Mei Ohno, a college student, told Reuters at Yokohama Arena.

“I’ve just met my old friends after a long time. I’m having a good time. After the ceremony, I’ll take photos with my friends at the station, and then go straight home.”

Of Tokyo’s 23 wards, all but one have cancelled or postponed the ceremonies, opting instead to offer mayors’ congratulatory remarks online. The government last week declared a state of emergency for the capital and three surrounding prefectures.

“I decided to carry out today’s ceremonies as I strongly hoped everyone takes part in celebrating this once-in-a-lifetime milestone,” said Mayor Fumiko Hayashi, in a message read out to attendees who had to abide with anti-infection measures.

Participants wore face masks, had their temperature checks and were asked just to listen to the national anthem, instead of singing it out loud.

Japan has seen coronavirus cases total around 289,000, with 4,067 fatalities, according to public broadcaster NHK.