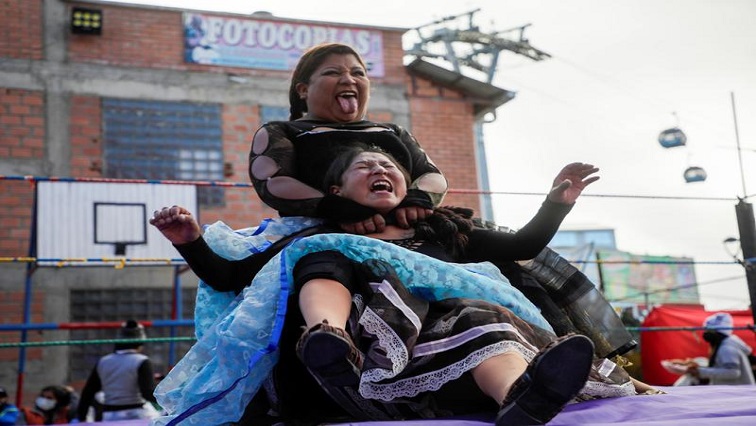 Bolivia’s cholita wrestlers are making a comeback to the ring after the iconic female fighters were forced to hang up their billowing skirts and bowler hats due to the COVID-19 pandemic.

The indigenous women wrestlers have become symbolic at home and abroad of the power of women, reclaiming the pejorative Spanish term “chola” used for indigenous groups and proudly making it part of their heritage and strength.

Hit by the pandemic, the cholita wrestlers are now returning after a nine-month hiatus, but face an ongoing challenge with the lucrative tourist crowd still missing from matches.

“I will show that I am a good wrestler, and not just in the ring. I will also show that I have won against the pandemic, we will recover what we have lost,” said fighter Patricia Torres, who goes as “Gloria La Luchadora” in the ring.

“I’ve been wrestling for about 10 years. I am a single mother of two children, and I have a trade. Because of the trade I am in, I am able to dedicate enough time to my children, to take them to school and to study.”

Torres said that the green light for wrestling to resume in late November was a blessing, as some spectators were able to return to the stands, even if the pandemic was far from over.

“It’s very beautiful to have the public here, who have come out to have a look at fighting cholitas,” she said.

“Before the pandemic, we were a part of the cultural heritage that wasn’t recognized, tourists came from all over the world to see just us, the fighting cholita luchadores of wrestling.”