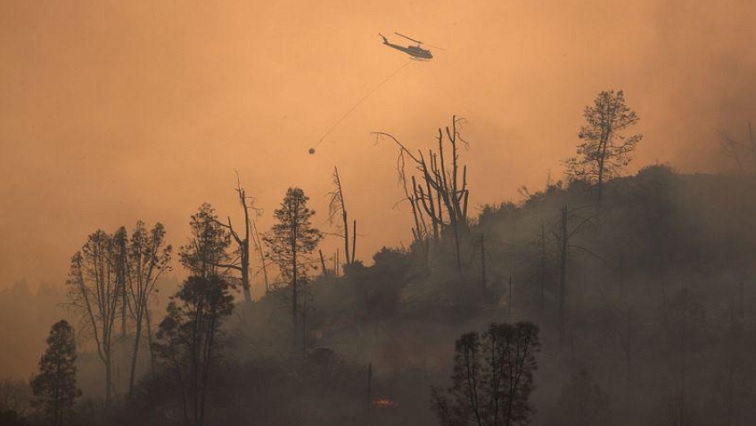 The lightning-sparked wildfire that ravaged Big Basin Redwoods State Park, California’s oldest state park, has left it too dangerous for visitors, officials said Tuesday during a tour of the burned area by Governor Gavin Newsom.

Numerous blazes that grew together near Santa Cruz and razed the visitor center, lodge and nature museum also charred redwood, fir and oak trees, leaving many weakened or dead and likely to fall, parks district Superintendent Chris Spohrer said, according to a pool report provided to news organizations.

It will take a year or more to find and remove all of the trees that pose a danger of falling, Spohrer said.

“If this is not a gut punch, then you’re truly not conscious as a human being,” Newsom, a Democrat, said after the tour of the park established in 1902.

One tree still smoldered as Newsom and other officials toured two massive ancient redwoods, dubbed the Mother and Father of the forest.

Another tree, famous for having an opening in its massive trunk large enough for an automobile, suffered moderate to extensive damage during the fire but remains standing. Newsom walked inside, expressing awe at its apparent survival.

The fires in the Santa Cruz Mountains where the park is located broke out Aug. 17 after an hours-long lightning storm that grew into one of more than two dozen major conflagrations that destroyed homes and forced nearly 200,000 people to evacuate in different parts of California.

Nearly 14,00 lightning strikes, mostly in central and northern California, have ignited hundreds of individual fires since Aug. 15. Those fires have collectively charred more than 1.48 million acres – a landscape larger than the state of Delaware, according to CalFire.

Seven fatalities have been confirmed, and nearly 2,500 homes and other structures have been reduced to ruin.