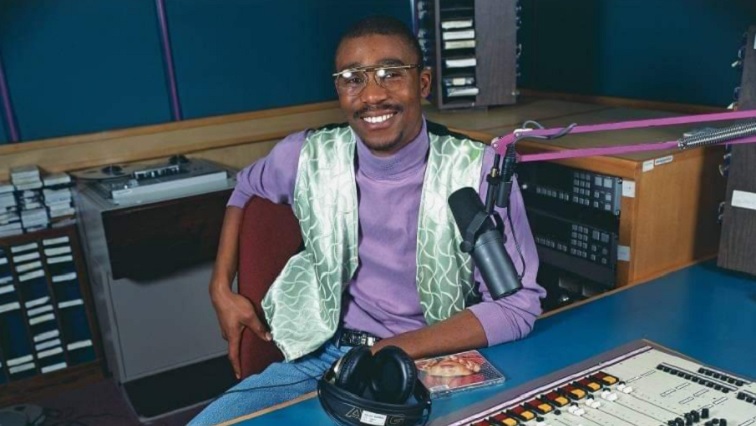 Family, friends, fans, and South Africans pay tribute to the radio and television legend, Bob Mabena, during his memorial service in Houghton, Johannesburg, on Thursday.

Mabena died on Monday of a cardiac arrest. His career spanned more than three decades where he broke the mold several times.

The celebrated rap singer, radio host, and producer started his career at Radio Bob when he was 19. He worked at Metro FM, Kaya FM, Highveld Stereo, and PowerFM.

His fans and several celebrities followed the service online. His daughter, Zinhle, encourages her siblings to remain strong and sang Viva from Zonke in memory of her father.

Her sister, Clementine, remembers their Cool Dad, who smothered them with love. “He used to say come home so I can smother you with love, and he did. And he did it with every one of us. So I want to be greedy and say I wish I had more time but he gave me the best of himself. Nobody saw him coming, the way his career started and nobody saw him leaving. He never played by the rules but I really didn’t think he would pull this one. The Jammer journey doesn’t end here it will continue. It’s in these faces.”

In the video below Mabena’s family pays tribute to him:

Melanie Bala, media personality and former colleague, describes him as a man who truly loved people. “ When he said he cared about you, he didn’t just say it, he showed you. Love is a verb. It’s in the things you do. And that to me was just one of the things l loved about him as an individual.”

“Eucharist, I’m not going to fall apart because I cannot afford to. I can’t replace him, as I told you on Monday, not for you, not for the kids,  not for everyone. But I’m going to take care of you. Me and my kids will not cut bread in our house if I know you can’t do the same.”

Radio presenter, Thabiso TT Tema, says Mabena was a part of the lives of millions of South Africans who listen to the radio.

“For me, he was, as I said, somebody  I admired and whose career I followed from day one. I used to tease him and say we would listen to him on the radio in the car when my Mom took us to school. I think it’s a measure of how long he’s been a fixture in our lives. How long he’s been a part of all our lives, that you feel like he’s been around forever. And in those 51 years, the man achieved what many will not achieve in a lifetime.”

Several of the speakers remembered how happy Mabena was in the last few months.

PowerFM chairperson, Given Mkhari thanks South Africans for the love they displayed after Bob Mabena’s passing.

“The number of times he said during the past month, I’m so happy, I’m so happy. Thank you for giving him love. And even now after his passing the love he receives, thank you, South Africa. Thank you for the support from friends. Thank you to his colleagues who are celebrating him here today and continue to celebrate him because he is worth it. This King is worth it.”

In the video below, Mkhari remembers his time with Mabena:

Mabena will be laid to rest this Saturday. The funeral will be live-streamed on  SABC television. Below is the full memorial service: