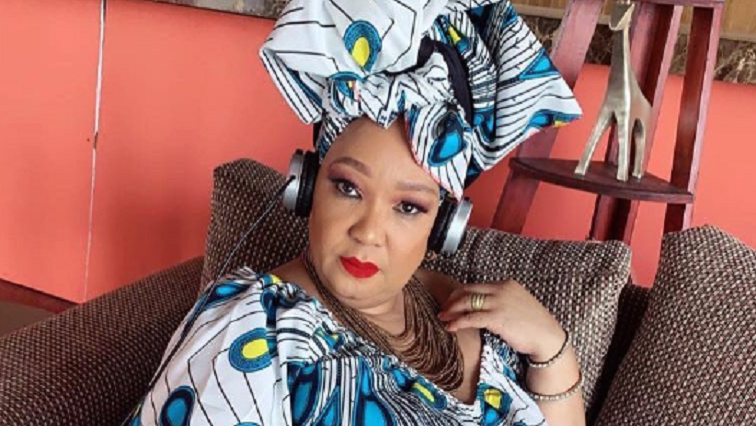 Tributes are pouring in for television personality, Vinolia Mashego.  V- Mash, as Mashego was affectionately known, died on Friday at the age of 56. Several of her colleagues and friends announced her death on social media.

It is with great sadness and tears in my eyes and a broken heart to announce the passing of Vinolia Mashego aka V-Mash she passed peacefully in her sleep on Fruday 03rd of April 2020. She was well known as the… https://t.co/kxcbduPIwD

The cause of the death is still unknown but she is said to have passed on in her sleep.

Mashego is famously known for presenting the music show, Jam Alley, in the 90s. She has also graced television screens with roles on various shows, including Generations and Isibaya.

Her most recent gig was Bheka Sikubambile on Moja Love.

The Department of Arts and Culture has described Mashego as a pioneer of the television industry .

Watch: We are deeply saddened to learn about the passing of a pioneer of South African Television, Vinolia Mashego popularly known as V-Mash, who became a leader of popular culture in the 90's and will forever be remembered for breathing life into the soul of our nation #RIPVMash pic.twitter.com/2uHlZefT6p

Mashego is being remembered for her bubbly personality and energy both on and off the screen.

With your Bold Blonde hair, that alone was dare. I couldn’t get enough of you, your energy gave me chills each time, I jammed to your vibe. You did You and that’s why everyone knows your name and surname today. Iyo bangane Iyo

The EFF sends its heartfelt condolences on the passing of Vinolia ‘V-Mash’ Mashego.

An Icon! A Legend! A Trailblazer! Ausi Hilda Letlalo. Thanks for the memories Aunty! #RIPVMash