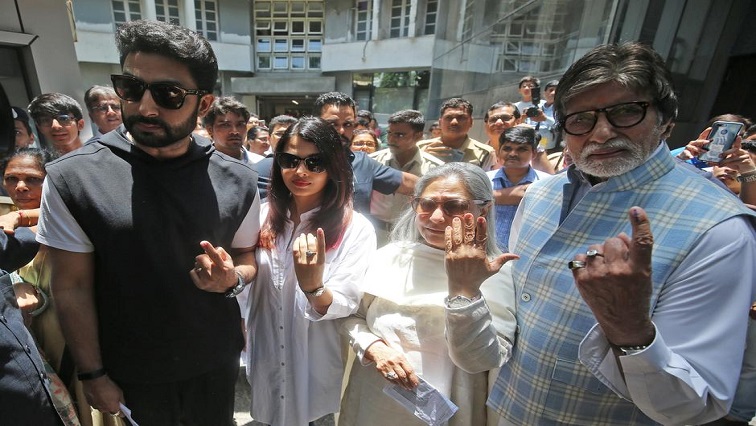 Revered Bollywood actor Amitabh Bachchan’s daughter-in-law and granddaughter have joined him and his son in testing positive for COVID-19, the family said on Sunday, in one of the highest-profile cases of the pandemic sweeping India.

From hospital with his father in Mumbai, Amitabh Bachchan’s son Abhishek said his wife and former Miss World Aishwarya Rai Bachchan and their eight-year-old daughter had also been infected by the new coronavirus.

“Aishwarya and Aaradhya have also tested COVID-19 positive. They will be self quarantining at home,” he tweeted, saying other family members had tested negative and thanking Indians for their wishes and prayers.

“My father and I remain in hospital till the doctors decide otherwise. Everyone please remain cautious and safe. Please follow all rules!” added Abhishek Bachchan, 44, also an actor.

He and his father were admitted on Saturday to hospital, where health officials said on Sunday they were stable.

Seventy-seven-year-old Amitabh Bachchan is one of India’s most beloved personalities, and some fans were conducting Hindu prayer rituals for the whole family.

“It’s shocking to know that one of the richest and most talented, educated family (sic) can get infected. We can only hope the family recovers as it’s important for the morale of millions,” tweeted one fan Jayant Sathe.

The elder Bachchan had a near-fatal accident in 1982 when a table hit him in the abdomen while shooting a fight scene.

That triggered an outpouring of love, with one fan said to have walked backwards from southern Hyderabad city to Mumbai in his honour.

Aishwarya Bachchan, 46, who often features on “most beautiful” lists, has also worked in several Bollywood and Hollywood films. She is a brand ambassador for some multinational companies, including L’Oreal .

Amitabh Bachchan, who endorses dozens of Indian and global brands, has a net worth estimated to be over $100 million.

India has the world’s third highest COVID-19 case load, registering a record increase on Sunday that took the number of infections to nearly 850 000. Partial lockdowns have been reimposed in some densely populated areas.

Federal health ministry data showed that more than 27 100 new cases were reported in the previous 24 hours, while deaths increased to 22 674.

An official in the prime minister’s office told Reuters that senior bureaucrats and ministers had been asked to show restraint on tweeting about the Bachchan family to avoid speculation and ensure there was equality of treatment for all patients.

The father and son are being treated at Nanavati Hospital in Mumbai despite showing only mild symptoms.

Authorities have been sanitising Amitabh Bachchan’s upscale residence in Mumbai, spraying disinfectant inside the compound and on cars parked outside.

He has been a prominent figure in the fight against the coronavirus, appearing in public service advertisements where, in his trademark baritone, he urges people to wear masks, wash hands frequently and maintain social distance.

India’s film industry recently resumed shoots after a months-long hiatus following a nationwide lockdown in late March. But actors over 65, such as Amitabh Bachchan, have been banned from the sets because of their vulnerability.