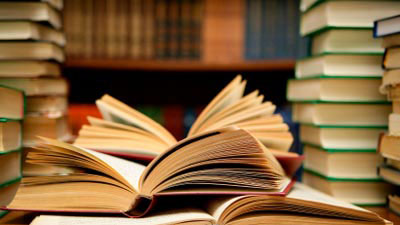 Two authors from George, in the Southern Cape, are using the power of literature to preserve their mother tongue – isiXhosa.

Mzoli Mavimbela (30) and 46-year-old Nkosinathi Menziwa have published books to promote a culture of reading and they say they also hope to revitalise African literature.

Mavimbela, a social worker, says writing in his mother tongue promotes his heritage. He has written a collection of folk tales and poems. Mavimbela says his passion for writing began at a young age, spurred on by storytelling on the radio and the fascinating tales told by his grandmother.

“Most people who write iintsomi (fairytales) think I am old fashioned. But that’s where I see the gap. If god gave me the potential to write, I can write anything. Because I don’t just write novels, short stories or poetry like this.”

Menziwa is a prison warden.  He recently published his first book – a collection of poems that deals with cultural, social, political and spiritual issues.

“My poetry is about transferring knowledge so that we are able to keep the things that are important to us like our culture, language and traditions. So my hope is that this book will be able to fulfill that need.”

Both authors agree that there’s a greater need for more books in indigenous languages.

“We have a lot of work to do to go and instill a culture of reading and writing in our native languages. What I see if when you go to the library and the book shops, 90 percent of books is in English and Afrikaans. I am making a contribution with regards to indigenous books. I would love to see more books written in our mother tongue because there are kids who are still denied the opportunity of enjoying books in their mother tongue.”

Mavimbela is in the process of releasing a third book of short stories later this year, while Menziwa is promoting his book of poetry.