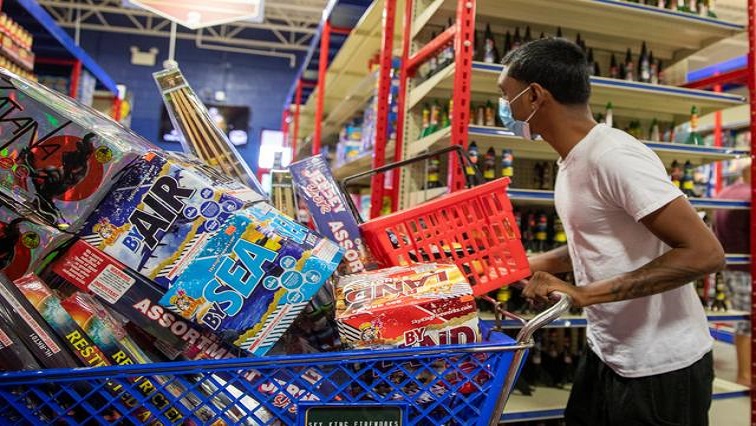 There are mixed views about the use of fireworks to welcome in the New Year with the country now under Lockdown Level 3. While others say they will light a candle in memory of those who died of COVID-19 as suggested by the President, others are adamant they will usher in the New Year the way they’ve been doing all along by discharging fireworks.

The National Council of Societies for the Prevention of Cruelty to Animals (NSPCA) has called on the public to be considerate to animals when setting off fireworks.

Fireworks have become a traditional way of ushering in the New Year. However, with the country under Lockdown Level 3, people will be forced to do things differently this time around.

President Cyril Ramaphosa announced this week that indoor and outdoor gatherings are prohibited until the 15th of January. He even suggested that instead of ushering in the New Year by setting off fireworks, that we instead light a candle in memory of those who have lost their lives and in tribute to those who are on the frontline working to save our lives and protect us from harm.

However, people have mixed views about this. “As the President said, I think I‘m going to go with the candles because is a safer way,” says one South African.

“Ushering in the New Year, I will be lighting fireworks,” differs another.

“It’s very hard because usually, we are out there lighting fireworks, and alcohol. So, things have changed now and we must accept. This December has been very hard for me. So, I’ll just stay at home,” says another South African.

Some businesses are already feeling the pinch with the country now under Alert Level 3.

“We are probably doing 10% of what we normally do. Normally, I would have queues from 7 o’clock in the morning. Today, we hardly have any queues. As you can see, I have a hand full of my one hand. That is the number of people I have. It is very, very bad for the fireworks industry. It is very bad.”

The use of fireworks has its own challenges. Already, the NSPCA is investigating a case where a person put a firecracker onto a live chicken and set it alight.

NSPCA Spokesperson Keshvi Nair is pleading with the public to discharge fireworks in a responsible manner and to be considerate to animals.

“When it comes to fireworks people make the mistake of thinking that it just affects domestic animals. ‘Fireworks just affect cats and dogs and certainly, it doesn’t. It affects all animals. In this specific case that we got about a video that was circulating on Facebook, a gentleman has inserted a firework into a chicken … a chicken that is alive. He then set the firework on fire, then it exploded while it is still attached to the live chicken and this is now extreme cruelty.”

Fireworks sales are underway, buying the wrong ones can be dangerous. @CityofJoburgZA residents are reminded to buy them from licensed dealers, as these shops comply with relevant sections of the Explosives Act, which regulates the usage of fireworks & explosives #SaferJoburg pic.twitter.com/APNc2ldfZH

The City of Johannesburg’s law enforcement agencies says they will continue to raid outlets that are illegally selling fireworks.

The City’s Mayoral Spokesperson, Mlimandlela Ndamase, says, “The City of Johannesburg urges the residents of the city to desist from detonating fireworks over New Year’s eve. Not only because we are under Level 3 in terms of the lockdown. As we know, these fireworks normally attract many of our residents into the streets and public areas where they are detonated and displayed. We condemn any behaviour that will endanger the lives of our residents.”