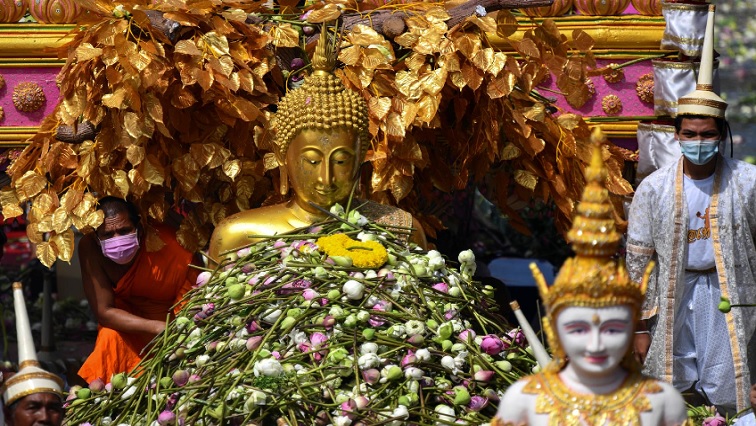 Thousands of Thai devotees lined the banks of a river winding through Bangkok on Thursday to hurl lotus flowers onto a barge carrying a golden Buddha to celebrate the end of a three-month period marking Buddhist Lent.

From before dawn, people gathered along the river bank clutching bunches of white lotus flowers as a symbol of purity. Many wore face masks to ward against coronavirus and the crowds also included Buddhist monks in bright saffron robes.

As the barge carrying the golden Buddha passes, people traditionally pray for good fortune and then throw their flowers, which eventually cover much of the statue.

A flotilla of boats, some ornately decorated, escorted the barge as it made its way slowly down the river.

Other activities were also held, including a speed boat contest and a carnival.

Thailand has suffered relatively few infections during the global coronavirus pandemic compared to many other countries, allowing authorities to lift many restrictions on social gatherings.

Known in Thai as “Khao Phansa”, the period of Buddhist Lent is a time when monks stay in their temples to meditate.