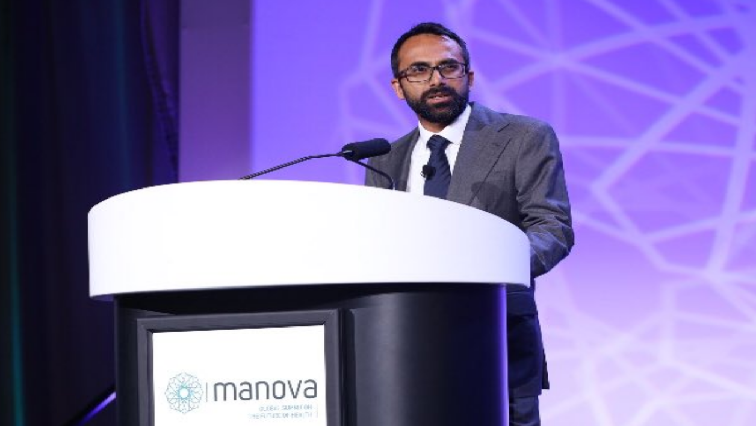 A scientist, who has been hailed by Time Magazine as one of the hundred most influential people, says cutting edge HIV testing contributed to a rapid test for COVID-19 at a time when the world was struggling to test patients fast enough. Professor Ravi Gupta made the Time 100 list after he and his team announced that the so-called London patient was cured of HIV following a stem cell transplant to treat cancer.

Professor Gupta from Cambridge University and his team were researching HIV reservoirs within the body when the COVID-19 pandemic struck at the beginning of the year. Gupta and his team had moved on from the so-called London patient.

They announced early this year that Adam Castillejo was cured of HIV after he stayed HIV negative for 30 months.

This after Castillejo underwent a stem cell transplant to treat a type of blood cancer. An alternative HIV test had to be used on Castillejo because he had to be frequently monitored over an extended period. Gupta says a chance encounter with one of the people who helped them, led to this finger prick test to be modified into a rapid test for COVID-19 antibodies.

“It’s a remarkable story. Coincidence or fate, I’m not sure which it was, but because I had a contact with the company that made the platform, I bumped into the same individual here in Cambridge where I had moved only last year from London. And I saw that person and we started discussing diagnostics for COVID, and it all went from there,” says Gupta.

The case of the London patient – as Castillejo was initially referred to – made the world sit up because it confirmed that HIV can be cured under very specific circumstances. However, Gupta is quick to add that it is not a cure for everyone.

Castillejo was in the terminal stages of a type of blood cancer.

The bone marrow transplant was a last-ditch treatment. Gupta explains they need donor cells which – due to a very rare mutation – do not produce a protein called CCR5.

Gupta says CCR5 is one of the receptors that HIV binds with when it enters a host cell.

“Some viruses are not treatable with this method because they are using a receptor or protein that is not CCR5. Some strain can actually use something that is called CXCR4 in about 20 and 30% of cases, let’s say. So, the treatment we have proposed is only applicable in about 80% of the cases in the first place,” he says.

Gupta says his team’s work has encouraged other researchers to look for more ways the HI virus can be eliminated from the body.

“How do you manage to knock out this gene, or protein, in large numbers of cells in a patient. And that is where there is a lot of work needed in terms of how you deliver the modification strategy in patients. And the second sort of area of this is we think that incoming cells, or killer white blood cells may be important in clearing HIV infected cells.”

Such bio-medical techniques has had its fair share of controversy since the birth of the first so-called test tube babies 40 years ago, thanks to in-vitro fertilisation.

Gupta says the ethics of gene-editing was pushed to the fore after an outcry earlier this year over the birth of Chinese twins whose cells do not produce CCR5 because the fertilised eggs were manipulated.

“And the WHO made a statement after this, saying this is not acceptable and that a proper discussion and agreement needs to be reached worldwide as to when and how genetic modification in babies or after conception or pre-conception is done.”

Gupta also works with the Africa Health Research Institute, which focusses on HIV/Aids and TB in KwaZulu-Natal. Gupta says he is honoured to feature on the Time 100 list because it is a timely opportunity for him to represent basic science and virology.