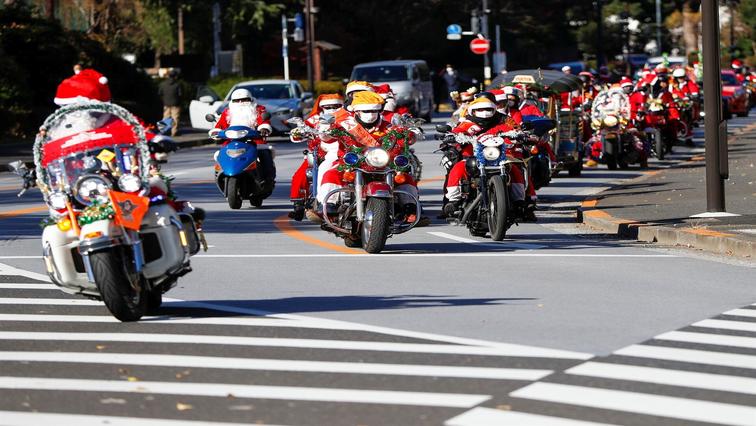 Harley Davidson bikers dressed in Santa Claus costumes rode through the streets of central Tokyo on Sunday for their annual parade against child abuse, saying more children were vulnerable in 2020 due to the coronavirus pandemic.

The parade, followed by a toy run to donate toys to kids, is a global tradition around Christmas time. In Tokyo, the event is held by members of the “Harley Santa Club”, founded in 2008.

At the parade, bikers said this year’s event meant more because more children were vulnerable to domestic violence during the coronavirus year.

“Especially because of the coronavirus pandemic this year, I think there are many child abuse cases out of sight,” said Takashi Mine, director of the event.

“It is very likely now that parents will take the stress out on their children after losing their jobs, so I think particularly during the pandemic we have to do the parade,” he said.

The number of child abuse cases in Japan per month rose up to 20% between January and March versus the same period last year, as more families spent time at home because of the pandemic, the daily Asahi Shimbun reported.

The number of reported child abuse cases was a record high last year, according to the health ministry.

Normally hundreds of motorcyclists take part in the parade, but because of coronavirus only about 100 rode this year.

Still, riders proudly roared their engines to bring Christmas joy to kids living in children’s homes. Riders plan to visit four homes in Tokyo this year to donate toys and candy to about 400 children.