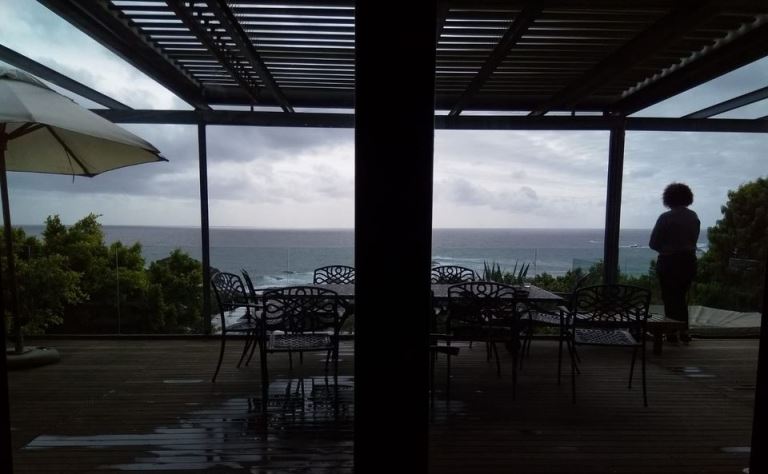 A group of queer activists, who have been occupying a rental property in Camps Bay for more than a week, have ignored an ultimatum to vacate the premises by Thursday.

The #weseeyou activists booked and paid for three days accommodation through Airbnb, entered the property last week Friday and when the three days were up, started the occupation.

The all-women group say they are not contesting the ability for people to live in beautiful spaces, but they believe everyone should be able to.

Spokesperson Kelly-Eve Koopman says this is aimed at highlighting the urgent crisis of safety, land and housing.

“These spaces, particularly spaces that have remained unoccupied throughout this time particularly during COVID-19 and the pause in the tourism industry but for large parts of the year can and should be used for public good…” says Koopman

“Particularly when it does not impact anyone’s ability to live in the space and when the space does represent a kind of intersection behind properties used solely for profit that are often amongst a number of assets and properties used for profit when there are people like many of us that are homeless, houseless, vulnerable and unsafe,” Koopman added.

We’re a collective of queer black South Africans. We are currently occupying a mansion in Camps Bay, one of the most expensive suburbs on the continent & reclaiming the space as a place of refuge. We stand in solidarity with the occupation movement globally #weseeyou #takeupspace

We hope that this could be an opportunity to collectively set a precedent for cooperation between the private and civil sector to urgently redress our current social crises. We trust our safety will not be compromised #takeupspace #WeSeeYou

Yesterday the team took to the streets to share the message. We we were met with curious eyes as well as angry…