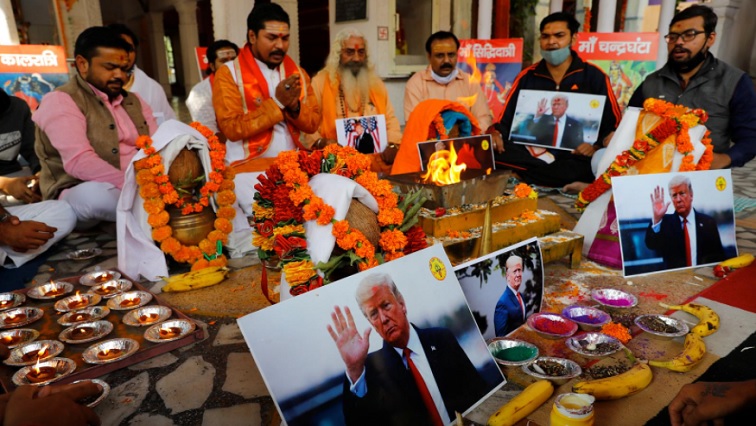 Supporters of US vice-presidential candidate Kamala Harris held prayers near her ancestral village in India ahead of Tuesday’s US election, while a Hindu fringe group sought divine blessings for her rival Donald Trump.

The southern Indian region where Harris’ maternal grandfather was born is rooting for the Democratic Party to win because of the family connection.

Meanwhile, a group that claims to have the support of 5 million Hindus says it wants Trump to be re-elected in order to keep India’s main rivals – Pakistan and China – in check.

Hours ahead of the US presidential election, people living in and around Thulasendrapuram, the village of Harris’ grandfather, gathered at a temple for special prayers.

One local politician conducted an “abhishekam”, a practice that involves pouring milk over a Hindu idol while religious verses are recited, in the presence of about 20 villagers, said R. Manikandan, a shopkeeper near the temple.

He said more than 15 cars and motorcycles, belonging to reporters working for local and international media outlets, had assembled in Thulasendrapuram to cover the ritual.

R.R. Kalidas Vandayar, a businessman and the head of a cricket association in the nearest town, plans to offer food to more than 150 people to seek their blessings for Harris, who is running alongside Democratic presidential candidate Joe Biden.

“She is from here and we are proud of her,” said Vandayar’s brother R.R. Jayakumar Vandayar.

They held up pictures of the leader with one of Indian Prime Minister Narendra Modi resting to the side.

“India can fight terrorism only if Trump is around, and both China and Pakistan will stay restrained as long as he is the president,” the group’s founder, Vishnu Gupta, said by phone.

“We wish Harris well because of her Indian ancestry, but vice presidents are not as powerful.”