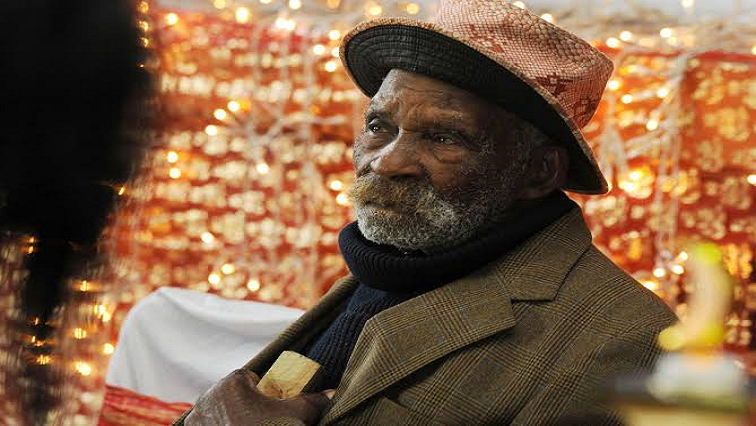 Tributes are pouring in for Oom Fredie Blom, possibly the oldest man in the world. He died peacefully of natural causes this weekend at his home in Delft on the Cape Flats.

His widow says he was a wonderful, hardworking man who cared greatly for his family.

Oom Fredie turned 116 years in May and survived the Spanish Flu, two World Wars and saw the dawn of the democracy.

In 2019, Oom Fredie Blom’s 115th birthday was celebrated with his community. The centenarian was born in the Eastern Cape in 1904 and came to Cape Town in search of work.

Oom Fredie spent many years at his humble home in Delft with his now 87-year-old widow, Ouma Jeanetta. He never had children of his own, but raised Jeanneatta’s as his own.

Ouma Jeannetta says their long marriage of nearly 51 years was a happy one. Their faith in God, good communication and never letting the sunset on a disagreement was their secret.

She says it’s hard to let go of someone you spent your life with for half a century. “He was a wonderful man who worked hard. I don’t think there are people of his age that would have continued working like he did. He was almost 90 when he was still working. He also loved to be home with his family. He was patient, gentle person. He would never hear him talk badly about others. If you asked him, ‘Shouldn’t you be angry?’ He’ll say, ‘No, these are small things.’”

The Delft Senior Forum was very involved in the lives of the Bloms.

Oom Fredie was passionate about uplifting the youth and the forum says it will continue to spread his message.

At the time of his birthday 2019, he was not recognised by Guinness World Records as the world’s oldest living man, despite the organisation being informed of his age.

The forum’s Gadija Francis says they went to Home Affairs for proof that Oom Fredie was the oldest living man.

Ouma Jeanetta says Oom Fredie was not afraid of death and told her he is ready to go home. Oom Fredie could be laid to rest on Saturday.