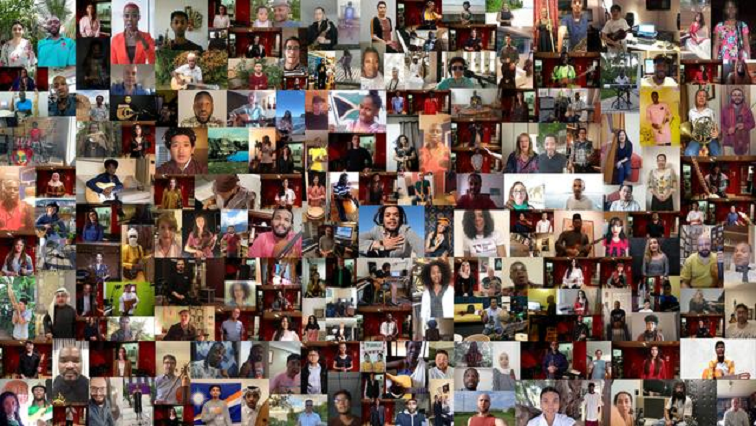 For the first time in music history, 197 musicians, one from each country, have formed an orchestra, hoping to exemplify how people can transcend physical and cultural borders to come together.

The Earth Orchestra’s song “Together is Beautiful,” recorded in different locations then mixed together, and a documentary telling the stories of some of the musicians were released on Friday.

I’m super excited to share this with you all! I am one of the 197 artists featured on this project. 197 countries coming together as one to make this unique @EarthOrchestra ensemble ”Together is Beautiful”

Earth Orchestra member Olgha Nk, from Cameroon, said she saw the project, which was three years in the making, as “the whole world holding hands.”

Other musicians were also struck by the unifying element of the project. In May 2019, 57 of the 197 members met at Abbey Road Studios in London to lay the groundwork for the song.

The project was overseen by BAFTA-winning composer George Fenton but many of the musicians improvised around his melodies and themes, combining musical styles and using instruments indigenous to their countries.

Romanian musician and double bass player Michael Cretu said he felt the song was exactly what the world needed right now,” more collaborations with everybody,” he said.