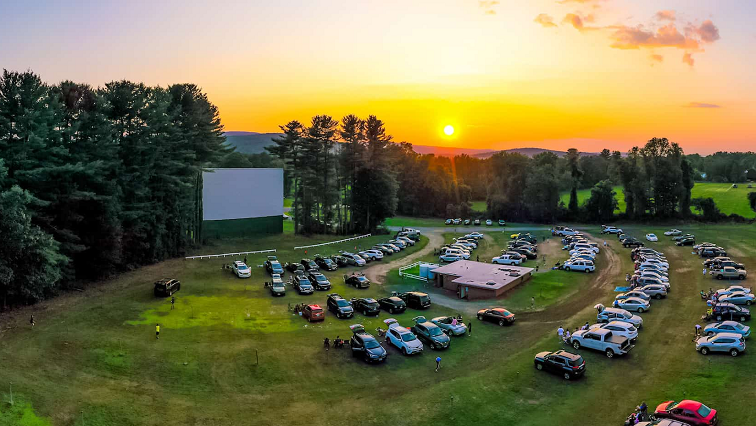 The Little Karoo and Garden Route regions of the Western Cape have taken a trip down memory lane with the magic of the drive-in. This is all thanks to the Garden Route International Film Festival which is currently taking place.

The drive-in is a nostalgic reminder of days gone by. However, its due to make a huge comeback.

With the film festival in full swing, people in the Little Karoo towns of Ladismith, Calitzdorp and Oudtshoorn have already had the opportunity to experience the outdoors big screen.

Mossel Bay resident, Riana Viljoen, packed up her kids, her food and drinks and blankets for the experience.

“The kids don’t even know what it’s all about and it’s so nice to share it with them what we used to experience, family time. And I think this COVID- 19 thing taught us as well that family time is special.  Just spending time  talking to each other and spending time with each other and its  special  to spend time together. Because you don’t know what’s going to happen tomorrow.”

For 14-year-old Karien van Rhyn, this was the first time that she had been to a drive-in.

“My parents always told me that we youngsters are missing out so much because we don’t know how it is to go to the drive -in and take friends along to the drive -in, pay for everything. It’s very exciting they told us and now that we actually get to experience it, it’s very cool.”

Film festival organiser, Patrick Walton, says they had to act quickly to change their normal festival layout when the virus hit.

Waltom says the best local and intentional films are on offer.

“When COVID-19 came we were still planning the physical festival like we did it in Knysna so we rebranded to garden route international festival straight away and then we came up with the drive in concept as well as the on line virtual platform. So its a bit like the world wide premiere of Mr Johnson, the drive- ins are coming out of their 50 year coma. So we are very excited.”

In the coming week, George, Knysna, Sedgefield and Plettenberg Bay will also get their chance for the drive-in.

Organisers say the drive-in concept will continue after the festival to help people adopt to the new reality that we live in.