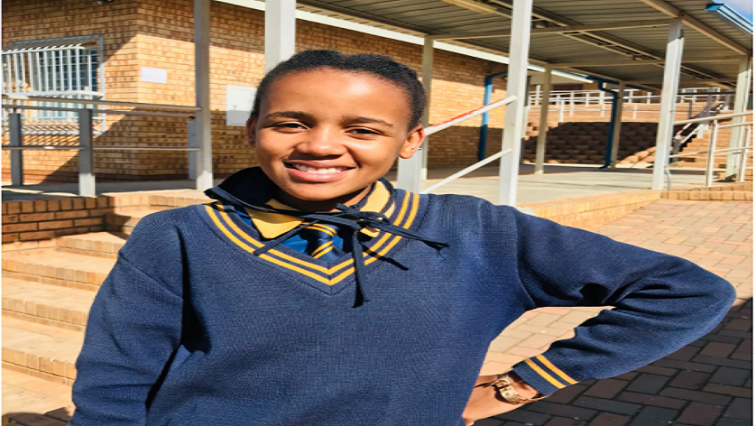 A Lephalale teenager in Limpopo has landed a job while helping job seekers.

Tebogo Makhae (18) says the company, which she can’t name for privacy purposes, noticed her for sharing vacancies and offered her a post.

“The website also advertises vacancies. They asked me to do a thread of vacancies that are advertised on their websites. They saw that I have potential and hired me as a freelancer. Now, I look for vacancies on different websites and post them on their website,” the class of 2020 matriculant says.

You do good and good comes back looking for you

She is currently dealing with internships as job vacancies are scarce because of the sluggish economy.

The Makgoka High School learner says she started sharing posts when she was 16 years-old while still using Facebook.

“I started by helping a friend seeing that he was desperate for a job but he didn’t have data. Then I used my data to check for vacancies and I was inspired to do more,” she says.

The 18-year-old says she then set up a Facebook group called, ‘Together We Can Fight Unemployment.’

She is, however, no longer part of the group as she has left Facebook and now only uses Twitter and WhatsApp.

“I had to go out there and help people. Most people on Facebook use free mode so it was hard for me there, so I had to leave and help other people out there.”

“I share posts and sometimes help others who can’t afford to search posts due to data problems. They send me their qualifications and I send them the relevant posts,” Makhae says.

Imagine advertising jobs and internships for people, when you yourself needs one…Not only for one week or one month but for years, Damn @MetjahTebogo is unselfish..!!
You deserve every good thing about to happen to you gal

While she loves what she is doing and her parents are supportive – Makhae says the journey is not without challenges.

“It’s not simple sometimes I am happy; sometimes I am sad because I encounter challenges. I am still a learner so I use pocket money to help people. Sometimes I have to ask for data to assist people,” she adds.

Makhae says she gets overwhelmed with emotions when some of the people she has assisted give her positive feedback.

“Yho – it just makes me want to cry…you know.  Some of them are now senior managers. Some will send me money to thank me you know,” she chuckles.

The 18-year-old says she has learned a lot through her journey of assisting job seekers.

She is urging South Africans to assist those who are struggling. “Stop keeping information to yourself. If you see a post – share it with your friend. It won’t get you fired at work,” she concludes.

Makhae is one of several young South Africans who have taken it upon themselves to make a job search a little bearable for seekers.

The 18-year-old is anxiously waiting for her matric results, which are due to be released on the 22nd of this month and says she wants to study medicine.