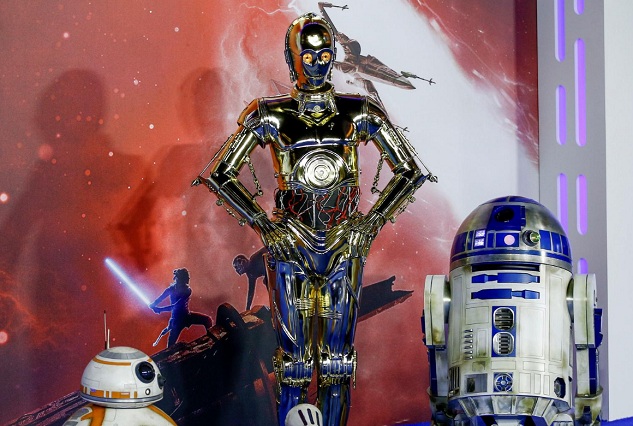 Walt Disney Co on Thursday announced a raft of new “Star Wars” content for movie theaters and its streaming service, including a feature film from “Wonder Woman” director Patty Jenkins.

The entertainment company detailed 10 new TV shows based on favorite characters from the sci-fi saga, including smuggler Lando Calrissian and droids C-3PO and R2-D2.

The announcement by Lucasfilm president Kathleen Kennedy came during a presentation for investors and follows the success of the “Star Wars” hit spin-off series “The Mandalorian” on Disney+ since November 2019.

Kennedy said the “The Mandalorian,” featuring fan favorite Baby Yoda, had opened “an entirely new era for ‘Star Wars’” and the chance to explore some 25 000 years of history in the galaxy far far away.

Kennedy said New Zealand director Taika Waititi was still writing the screenplay for another as yet untitled film in the franchise that Disney announced in May.

The announcements came a year after Disney decided to pause the development of “Star Wars” movies, one of the industry’s most lucrative franchises, to focus on TV shows following the relatively disappointing box office takings for “Solo” in 2018.

On Thursday, Kennedy said two “Mandalorian” spin-off series,called “The Rangers of the New Republic” and “Ahsoka” would come to Disney+ at Christmas next year.

Actor and singer Donald Glover will reprise his role as the dashing smuggler for TV series “Lando,” while Hayden Christensen will return as Darth Vader in “Kenobi,” based on Jedi master Obi-Wan Kenobi, for what Kennedy called the “rematch of the century.” Production on “Kenobi” is due to start in March.

“This is a new era for ‘Star Wars’ and Lucasfilm with expanded opportunities for continued innovation, high quality story-telling and cinematic experiences like never before,”Kennedy said.

Animated series coming to Disney+ in the next few years include “A Droid Story,” featuring the beloved C-3PO and R2D2,and “The Bad Batch” about experimental clones.