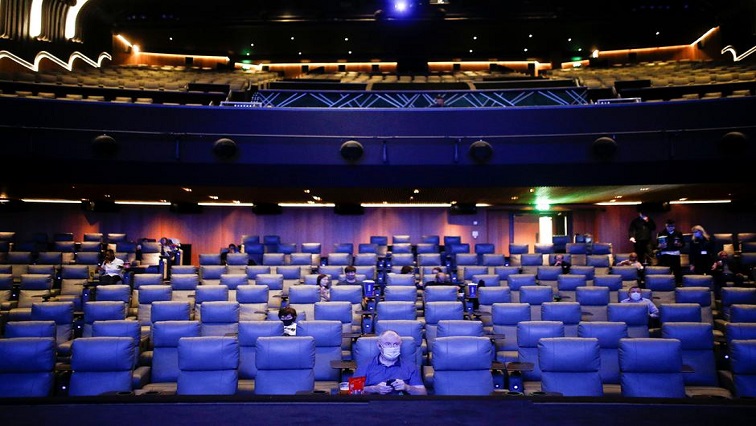 The hopes of Hollywood were riding on the opening of “Tenet” on Wednesday as the Christopher Nolan spy thriller tests the appetite of movie fans to return to cinemas and rescue an industry hammered by the coronavirus (COVID-19) pandemic.

The biggest release since schedules were torn up in March – and the only one of 2020’s potential summer blockbusters to make it to the screen in the holiday season – “Tenet” launched in 70 countries on Wednesday ahead of the United States next week.

The movie has already won over some critics, but fans could be a harder sell given changes to the movie-going experience.

The actor Tom Cruise, whose “Top Gun: Maverick” was pulled from a release earlier this summer, donned a face mask to attend a preview showing of “Tenet” in London.

“Great to be back in a movie theater everybody,” he said on Tuesday. “I loved it.”

Film critic Kaleem Aftab said “Tenet”, which cost AT&T’s Warner Bros more than $200 million to make according to reports, was exactly the kind of film the industry needed.

“Tenet is an intelligent blockbuster made with loads of money, with big explosions and big bangs, exactly what we’d expect from Christopher Nolan, who made films like ‘Interstellar’, ‘Inception’ and ‘Dunkirk’,” he said.

Movie theaters are where the money is made, he added.

“If ‘Tenet’ is a success we’re going to see a quick rush of releases, we’ll see Bond come out for sure in November. The worry is if ‘Tenet’ is a flop they’ll decide to wait until next summer,” said Aftab.

While cinemas have tentatively re-opened around the world, they have mainly relied on classics to test COVID-secure measures, along with a few new releases such as Russell Crowe’s thriller “Unhinged”. Other films will go straight to streaming platforms, notably Disney’s “Mulan”.

Major UK cinema chain Cineworld, which owns Regal in the United States and Cinema City in Europe, said it was pleased by pre-release bookings for “Tenet”, which were tracking at a similar level to that of a blockbuster released pre-COVID.

“We hope that it helps to restore confidence in attending the cinema ahead of other high profile releases later this year, including the latest Bond, ‘Wonder Women 1984’, ‘Black Widow’ and ‘A Quiet Place II’,” a spokesman said.

Tessa Street, general manager of the Odeon Luxe in London’s Leicester Square, was confident the film starring John David Washington and Robert Pattinson would be a hit.

“It’s vitally important that ‘Tenet’ is successful and that we deliver a great experience for our guests so they want to come back,” she said.

Capacity at the cinema, which has hosted numerous premiers, has been reduced by 40%, with adjacent seats automatically kept empty when film goers booked and masks required in the foyer but not the auditorium.

Film goer William Taylor was excited to be back.

“Everyone is wearing masks, they are social distancing in the cinema and all the staff are wearing masks, so (I feel) pretty safe,” he told Reuters, heading to his seat.