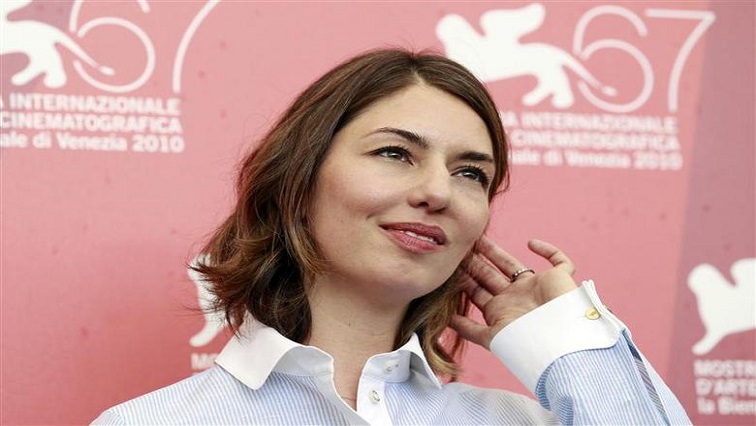 Seven years after launching her debut movie “Palo Alto” at the Venice Film Festival, filmmaker Gia Coppola returned to the water city on Saturday with her sophomore feature “Mainstream”.

The movie by Coppola, granddaughter of Francis Ford Coppola and niece of Sofia Coppola, is screening in the sidebar Horizons section of the film festival and stars Andrew Garfield and Maya Hawke – daughter of Uma Thurman and Ethan Hawke.

Hawke plays Frankie, a young woman in her early 20s, looking for her life purpose.

Frankie works in a Los Angeles bar and spends her free time filming random events on her mobile phone when she runs into oddball Link (Garfield). A video of Link she posts online quickly garners a following and the duo, joined by Frankie’s best friend Jake (Nat Wolff), soon embark on a rapid rise to internet stardom.

Fame and power, however, come with a price. As Link’s ego inflates and staying relevant in the competitive world of social media becomes a fixation, Frankie grows weary and confused.

Coppola, who co-wrote and produced the movie, said she drew inspiration from Elia Kazan’s “A Face In the Crowd” and a conversation with a friend who represents social media influencers which left her baffled.

“She was like ‘it’s so mainstream mainstream doesn’t even know it yet, like, these people have a huge following’ and when I saw what they are doing, just opening boxes or you know, playing video games, I was intrigued by, like, where does the story lie in this and the dangers of how accessible ego inflation can be and how do you protect yourself in that world and the dangers of bullying in that context as well and how that’s becoming sort of epidemic. I just wanted to share what I was witnessing and what I was feeling,” said Coppola, who describes “Mainstream” as a “fabled satire”.

Coppola’s leading lady Hawke is riding on a real life high having recently released her debut album “Blush” and awaiting a return on the set of Netflix series “Stranger Things” in which she plays Robin Buckley.

“I don’t know how I seem to have pulled off a situation of having a wonderful show I get to go back to, getting to be here in Venice to celebrate this which is just unbelievable good fortune and getting to have an album out too, I just feel very, very lucky in this moment,” she said.

But like her character, Hawke said she was finding her good luck and its timing hard to navigate.

“I love my album and I worked very hard and I want to celebrate it, I want to put it out in the world but I also, you know, don’t really feel like being out there right now,” Hawke said.

“I’ve had an amazing time sort of connecting with my family and living a very small life the last couple of months and I want to keep a couple of things from that into now. I don’t know, it’s been complicated,” she said.