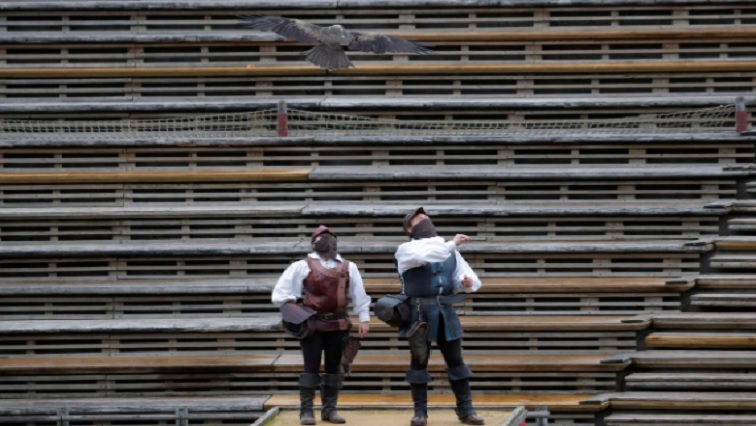 A French theme park has caused an outcry by staging a show attended by 9 000 people, skirting a legal limit on gatherings of over 5 000 imposed to help curb the spread of coronavirus.

Puy du Fou, which organizes re-enactments of French historical events, was permitted to fill 9 000 of its 13 000 seats on Saturday by arranging its open-air stands into three separate blocks divided by Plexiglas screens.

Last week President Emmanuel Macron’s government extended the ban on gatherings of more than 5 000 people to October 30 but said prefects – regional state administrators appointed by the president – could make exceptions.

The Puy du Fou event sparked a storm of protest on social media and from opposition politicians.

“There are social distancing rules and there are dispensations for the friends of the president. Macron had brought forward the (re-)opening of Puy du Fou (after coronavirus lockdown). Now they are allowed to create coronavirus clusters,” Greens party national secretary Julien Bayou wrote on his Twitter feed.

She said open-air events for more than 5 000 people could get the go-ahead provided they apply individual seating, strict social distancing and mandatory mask-wearing.

Other large sporting and cultural events – notably soccer matches in large-capacity open-air stadiums – have not received clearance to organise events with more than 5 000 people.

De Villiers is not a member of Macron’s party, but has publicly spoken of his friendship with the president, who has made a high-profile visit to Puy du Fou in 2016.

The Vendee prefect said one reason the event was allowed was that the region has COVID-19 infection rates below the national average. But Gilles Pialoux, an infectious diseases specialist at Paris hospital Tenon, said on France Inter radio this was irrelevant as Puy du Fou visitors come from all over France.