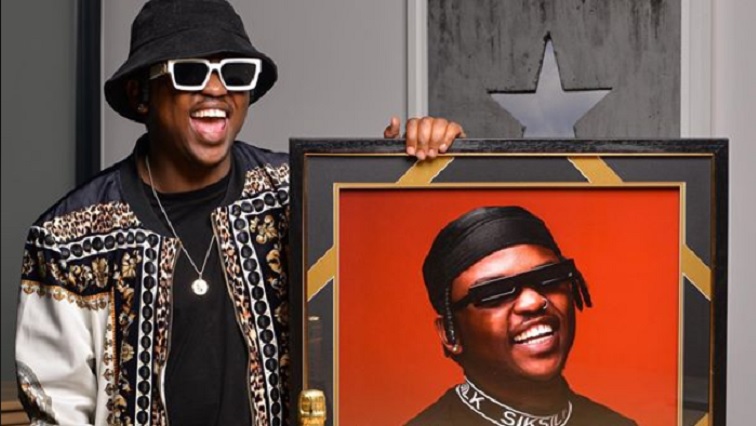 Musician Focalistic has dedicated his gold plaque for the song Ke Star to his mother. The Pitori star took to social media to announce the news of the song going gold during the week.

He has thanked his fans for their support.

“I mean it is dope to have the first plaque because when I got my degree, I didn’t fetch the paper, so at least I fetched the plaque. I am just glad that everyone is liking the music even though it is a tough time for everyone with the coronavirus. I am grateful, this one is for my mom, instead of that paper with the degree, and she stressed me for a while, so at least I will give her the gold plaque.”

The song which features music producer, Vigro Deep, is aimed to inspire people to keep their heads up despite the challenges that they face in life.

“Everyone who listens to it must understand that no matter what they are going through, what is happening, o star (you are a star), you are the best to ever live. It is just to make a life worth living, just to make people feel cool and good about themselves in the midst of everything.”

King Sacrimina, as affectionately known by his fans hopes the song will do even better. “(Here is) to going platinum and double platinum and diamond, ashuu.”

In an interview below,  Focalistic talks about his journey in the industry thus far: