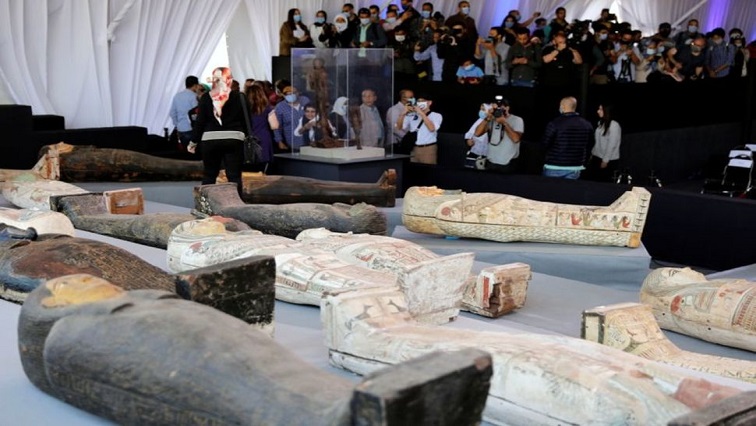 Egypt on Saturday showcased more than 100 coffins dating back 2,500 years, the latest and largest find this year in the vast burial ground of the Saqqara Necropolis.

The 26th Dynasty coffins , sealed, finely painted and well-preserved – were of a higher quality than previous finds there, said the secretary-general of the supreme council of antiquities, Mostafa Waziri, suggesting they belonged to higher ranking families.

Fifty-nine coffins were unearthed in August at the same UNESCO world heritage site. More treasures are expected to be found there, said Waziri.

The newly-discovered coffins, plus associated mummies and artefacts, will go on display at the Grand Egyptian Museum, which is expected to open next year.