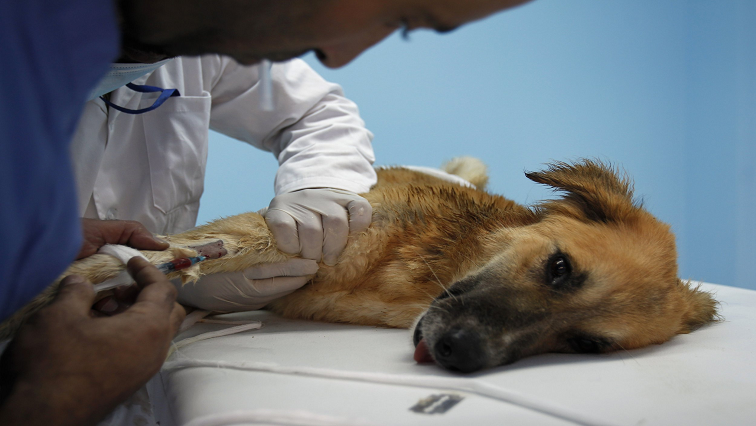 The Chiliza family from Umlazi in Durban is calling on the community to make sure that their pet dogs are vaccinated against rabies.
The family is mourning the death of its two-year-old child who was bitten by a rabid dog last month.
Grandmother of the late Lwande Nzuki who died last month at the tender age of two, Euphemia Chiliza, says she is devastated. She explains that by the time the family took the child to the doctor, her condition had worsened.

“I was inside the house when my sister told me that my grandchild had been bitten by the dog. We did not think that we had to go to the clinic as soon as possible. The baby was crying like a puppy and that was scaring me. Later, the doctor told us that the baby had symptoms of rabies and later died at the hospital and their parents went to fetch him.”

Rabies causes fatal infection of the brain. The symptoms include increasing salivation, hallucinations, spasms and fear of water.

Relative, Londiwe, was also bitten by the same rabid dog but survived. She is calling on pet owners to take responsibility for ensuring that their animals are vaccinated.

“I want to advise those who have dogs to make sure that they vaccinate their dogs. There are parents who have lost family members due to rabies.”

Provincial Agriculture and Rural Development Department’s chief director of veterinary services, Thembilihle Sikhakhane, says they plan to launch an awareness campaign in Umlazi next week. He claims that the hijacking of the department’s vehicles disrupted their previous campaigns.

“We can prevent rabies, so nobody should die from rabies and people should take responsibility for their pets and make sure that they are vaccinated. We are not starting a campaign at Umlazi at the moment but it’s an ongoing campaign to vaccinate dogs and cats. People must take responsibility and make sure that their dogs are vaccinated and one of the things that interrupted us at Umlazi was car hijacking when we are going to vaccinate.”

Rabies is a preventable viral disease most often transmitted through the bite of a rabid animal. Most rabies cases reported in South Africa were caused by bites from rabid or stray dogs. #WorldRabiesDay #GDARDatWork#GrowingGautengTogether pic.twitter.com/ROTA9mrC2z

The 28th of September 2020 is rabies awareness day. Educate yourself about rabies and the impact that this life-threatening disease has on humans.

In the video below, KZN launched anti-rabies vaccination campaign: