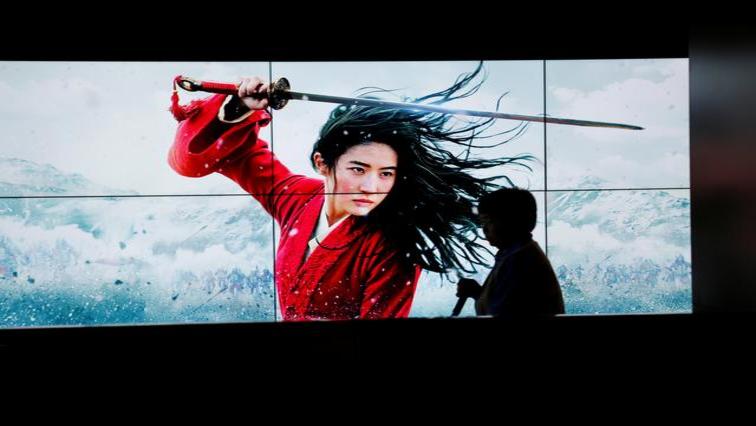 Walt Disney Co’s live-action remake of “Mulan” pulled in $23.2 million over the weekend at box offices in China, a slow start for the big-budget epic about a Chinese folk hero in its most important theatrical market.

The debut for “Mulan” fell short of director Christopher Nolan’s “Tenet,” which grossed $29.8 million in China a week earlier. Unlike “Tenet,” “Mulan” was tailored to draw big audiences in the country.

But “Mulan,” which cost $200 million to produce, was hit by political controversy and received mixed reviews in China. It had been set to debut in March until it was delayed by the coronavirus pandemic, which has limited moviegoing worldwide.

“That’s a disappointing debut,” said Jeff Bock, senior media analyst at Exhibitor Relations Co. “Disney made this film for Chinese audiences and they saw it pretty much fall flat.”

“Mulan” provoked a backlash on overseas social media, and calls for a boycott, over its star’s support of Hong Kong police and for being partly filmed in the Xinjiang region, where China’s clamp-down on ethnic Uighurs and other Muslims has been criticized by some governments and rights groups.

Chinese authorities told major media outlets not to cover the film’s release in the wake of the uproar, four people familiar with matter told Reuters.

Total worldwide box office receipts for “Mulan” reached $37.6 million through Sunday for the seven territories where the film is playing.

Disney is trying to turn a profit on “Mulan” through an unusual release strategy because the pandemic has left many theaters shuttered.

The company made “Mulan” available for online viewing in the United States and other countries where the Disney+ streaming service is available.

In China and other countries where Disney+ does not operate, Disney is releasing “Mulan” in cinemas. Disney has not provided sales figures from streaming.