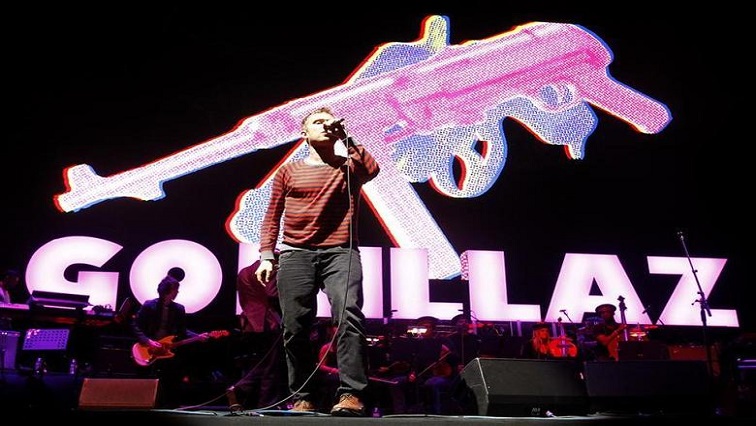 Innovation has always been a hallmark of musician Damon Albarn and illustrator Jamie Hewitt’s cartoon band Gorillaz, and now they are aiming to pull off something new in a series of live concerts that audiences can pay to stream into their homes.

After releasing a web series this year, the band are gearing up to showcase new album ‘Song Machine, Season One: Strange Timez’ with three online shows in which human performers interact with animated characters.

“Being in a room where there is no audience, you can really use the trickery and technology that we now have available, which was not available 20 years ago,” Albarn, 52, told Reuters from his studio in west London.

“I mean, potentially it’s a whole new thing that no one’s ever seen before; that’s if all the technology works on the day,” he said.

Performing arts, including theatre and live music, have been decimated by the pandemic, which has forced cancellations and closures around the world and left performers struggling to find ways to keep working and connect with audiences stuck at home.

As well as having musicians on their new record, including Beck and Elton John, appear in person or as a hologram, Albarn said their animated characters Murdoch, 2D, Russell and Noodle would also be involved.

“It’s risky in the sense that there’s so much that can go wrong. But what else can we offer people at this moment in time that’s value for money and also artistically kind of adventurous and retains the spirit of what live music is and what must not be lost?”

Albarn hopes that next summer live concerts and festivals will be able to take place again in Britain, but if the wait goes on for much longer, live music culture could change.

“We stand perilously on the abyss of a digital avatar where you know, we slowly become insignificant,” he warned.

This year saw the launch of Gorillaz’s Song Machine audiovisual project – a series of self-contained episodes that ended up becoming an album.

“I just wanted to do something that was sort of much more spontaneous and had had the ability to be far more flexible and fluid,” Albarn said.

Reflecting on the creation of Gorillaz 22 years ago, Albarn said his animated band exceeded his expectations and enabled them to not be “shackled by the usual things that get in the way with bands after a long period of time.”

Albarn dismissed recent rumours that he might have a track to release featuring Paul McCartney, explaining that it was just a small recording he had from when they once jammed together after dinner.

“I never said that I had a tune or anything,” said Albarn.

Gorillaz’s three performances are set to take place from London on December 12 and 13.