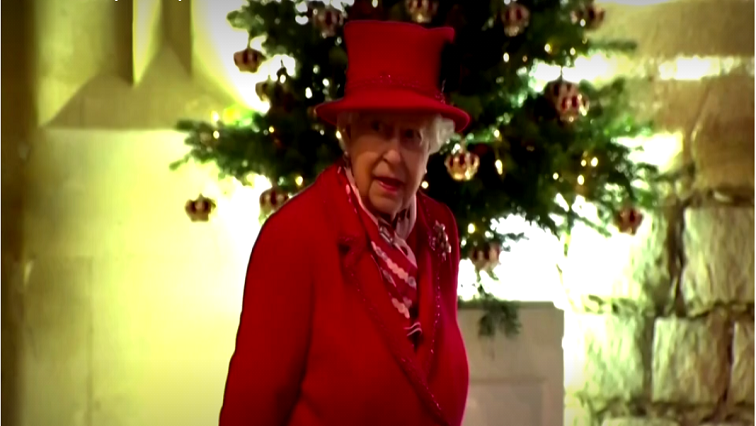 Queen Elizabeth and senior members of the British royal family gathered at the monarch’s Windsor Castle home on Tuesday to thank local volunteers and key workers and hear Christmas carols being played by the Salvation Army brass band.

The 94-year-old monarch, wearing a bright red outfit, was joined by her eldest son and heir Prince Charles and his wife Camilla, along with daughter Princess Anne and youngest son Prince Edward for the occasion, one of the few times the royals have appeared together in public since the coronavirus outbreak.

Grandson Prince William and his wife Kate were also present, the event coming at the conclusion of their whistle-stop train tour of the nation to thank frontline workers, care home staff and teachers for their efforts during the COVID-19 pandemic.

“The tour will be a welcome morale boost to frontline workers who have done so much during the pandemic,” said Prime Minister Boris Johnson’s spokesman, describing it as “hugely valuable”.

However, with much of Britain still under tight coronavirus restrictions, local leaders in Wales and Scotland had voiced concerns about the royals’ trip.

The queen and her husband Prince Philip (99) have spent much of the year at Windsor, her home to the west of London, as it was their base during England’s two coronavirus lockdowns.

They are due to remain there over the festive season, eschewing their traditional family get together at her Sandringham home in Norfolk, east England, to spend Christmas quietly at the castle.

Philip, who is rarely seen in public after retiring from official duties, was absent from Tuesday’s event.

Also missing were two other senior Windsors – Elizabeth’s son Prince Andrew, who stepped down from his royal roles amid outrage over his friendship with the late convicted sex offender Jeffrey Epstein, and grandson Prince Harry and wife Meghan, who have bowed out as working royals to move to Los Angeles.