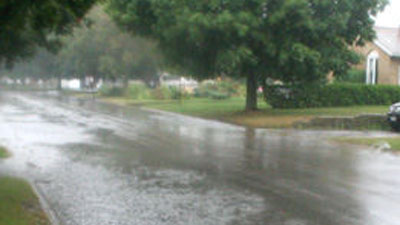 Disaster management authorities in the Western Cape are monitoring the impact of adverse weather conditions, following a cold front which brought heavy rain and a drop in temperatures in a number of areas.

There have also been reports of localised flooding.

The Western Cape Disaster Management Centre has warned about an influx of visitors to the Cape Winelands area, particularly Witzenberg to view snowfall on the mountain ranges.

GORGEOUS Snow pics from #Erfdeel in the Western Cape this morning. #SnowInAfrica #ColdFront

Authorities have requested members of the public not to travel outside their municipal areas.

My prayers go out to all the homeless people this winter

They say while snow has been prevalent in Ceres, Op-die-Berg and Prince Alfred’s Hamlet, travel restrictions remain in place with regards to ongoing COVID-19 pandemic and the public is cautioned to adhere to existing regulations.

Earlier, authorities issued a warning of mudslides and informal settlement fires because of the bad weather.

The video below, is today’s weather report:

Welcome rain of up to 40 millimetres fell over the Langkloof in the Eastern Cape, the catchment area for the Kouga Dam which provides water to the Nelson Mandela Bay Metro.

There is a severe water shortage due to the drought.

In Port Elizabeth and along the coast up to 14 millimetres was measured.

Temperatures also dropped to below zero inland at places like Barkly East and Molteno.

The rainy weather will clear during the morning.

Meanwhile, on Thursday morning, residents of Sutherland in the Northern Cape woke up to a blanket of snow.

This as the cold front moved over the area on Wednesday.

He added that although no snow has been predicted for Friday, the snow that has already fallen will likely remain for the next two or three days.

“As a result of the cold front that has moved over from yesterday we have seen snow starting to fall from last night over the Sutherland area and that’s gonna continue for the rest of today, on and off snow showers. So we expect about 10 to 20 centimeters of snow to fall there for today and that should only start clearing from tonight, midnight overnight into tomorrow morning. And then we’re not expecting any more snow from tomorrow or for the rest of the week.”

The video below, is reporting that snow in Sutherland was expected to fall through the night:

Below are some of the pictures from the Northern Cape