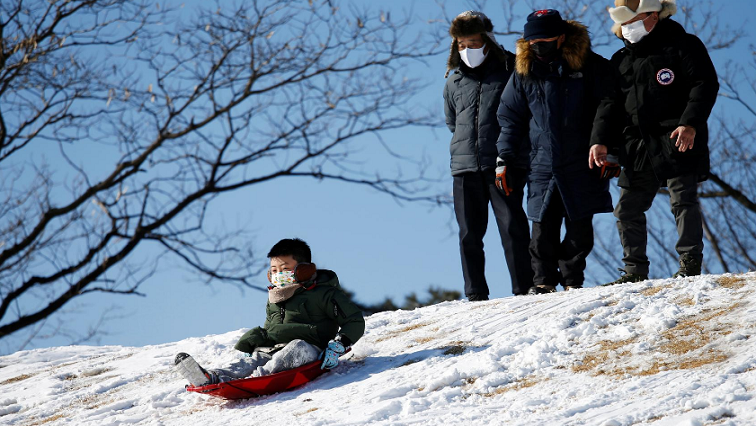 Major retailers have run out of stocks of plastic sledges, with E-Mart, the country’s biggest supermarket chain, selling nearly 2,200 sledges in six days, more than three times its total 2020 sales.

Competitor Lotte Mart said sales of sledges in the first six days of January were up more than six-fold from the same period last year and is also completely out of stock.

One family that visited the Olympic Park in Seoul said they had to bring picnic mats for their children the slide on.

“We tried to buy sledges yesterday but couldn’t find one, so we brought these mats as substitutes. It’s still great that our kids can enjoy sledding and that we have a place near home where it can replace the sledding parks,” said Joe Choong-hyun, a father of two boys.

After heavy snowfalls earlier in the week, children played outdoors even as the temperature in Seoul plummeted to -18.6 Celsius (-1.5 Fahrenheit) on Friday, the coldest in 35 years.

“I’m happy that the snow is still piled up so I can make more snowmen and have snowball fights,” said 11-year-old Kim Ha-jin, who was sledding on a small slope.

Ski resorts, meanwhile, resumed business earlier this week, but only with limited capacity and operating hours, following a cluster of infections at a resort in Pyeongchang county, site of the 2018 Winter Olympics.