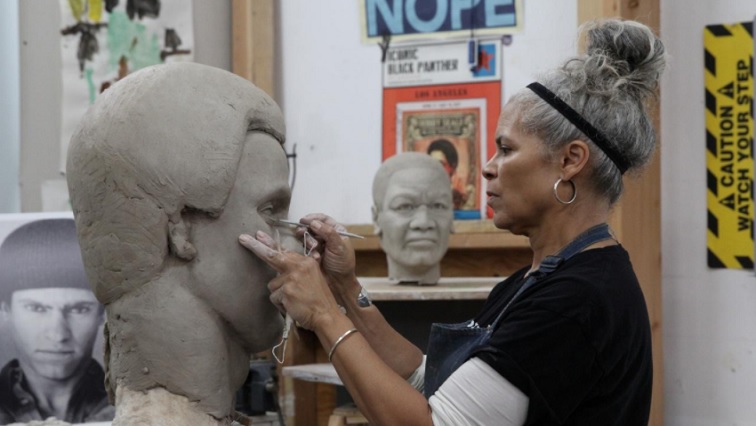 The toppling of Confederate statues during nationwide protests against racial injustice brought renewed attention to the importance of US public monuments, very few of which were made by Black sculptors.

Empty plinths have stirred debate over who and what should replace the toppled statues. Black sculptors and historians hope the aftermath will give communities around the country a chance to honour often-forgotten African-American trailblazers.

“Space is power. When a Black body in bronze is placed publicly, that story is magnified because of the powerful space,” said sculptor Dana King of Oakland, California.

“It allows children to look up into the faces of these sculptures and say, ‘Who are you? And why are you standing before me?’” said King, who is set to unveil in September her public sculpture of William Lanson, a formerly enslaved black man who worked to extend New Haven’s Long Wharf, making the Connecticut port competitive with nearby New York.

Of the more than 5,000 public outdoor sculptures registered in the Smithsonian American Art Museum’s Art Inventories Catalog, less than a quarter of the roughly 700 works in the “Ethnic-African American” category were made by Black sculptors.

Similarly, fewer than half of the 75 US works included in “Contemporary Monuments to the Slave Past,” a website run by the University of Maryland Professor Renee Ater, were created by Black sculptors.

“Part of the reason I went into figurative sculpture was to create works of art that represented people who look like me and look like a lot of New Yorkers who I see but I didn’t see represented,” said sculptor Branly Cadet.

“Statues and monuments reflect who and what we value as a nation,” University of Pittsburgh historian Keisha Blain said. “Building a racism-free society requires making an active choice.”

It took more than a decade of delays and debates for Savannah, Georgia, whose population is 50 percent Black, to unveil in 2002 its first statue acknowledging its history as a major slave port.

Disputes raged over the memorial’s graphic inscription about slave ship horrors, as well as about the selected sculptor – a white professor from the prestigious Savannah College of Art and Design.

Cadet’s insight into African-American history helped him win a commission for a memorial outside Philadelphia’s City Hall honoring Octavius Catto, unveiled in 2017 as the first public monument to an African-American individual in a city where the population is more than 40 percent Black.

Catto had an array of accomplishments, but Cadet was struck by Catto’s push to de-segregate horse-drawn trolley cars and to ratify the 15th Amendment to let Black men vote.

“As an African American, I thought it was critical to highlight those two aspects of his existence,” said Cadet, 54.

The killing of George Floyd, a Black man who died in Minneapolis in May after a white police officer knelt on his neck for nearly nine minutes, has added momentum to a years-long movement to remove Confederate monuments and other U.S. public statues that critics say promote white supremacy and racial violence.

Since June 2015, when white supremacist and Confederate flag enthusiast Dylan Roof gunned down a Bible study group at a Black church in Charleston, South Carolina, killing nine people, 48 Confederate monuments have been removed, some under public protest, the Law Center said.

Pittsburgh’s Blain says that while removing symbols of oppression is vital, memorializing Black lives in public is an important first step in the struggle to build a racism-free society, which ultimately requires concrete changes to laws and public policy.

Some, including sculptor King, say it would be far more meaningful to let the resounding absence of statues in the wake of the protests catch the public’s attention.

“All that space should be left alone for a while,” said King.

“We should sit with the raw sense of discomfort from the space left over from those torn down monuments, and the energy they left behind.”