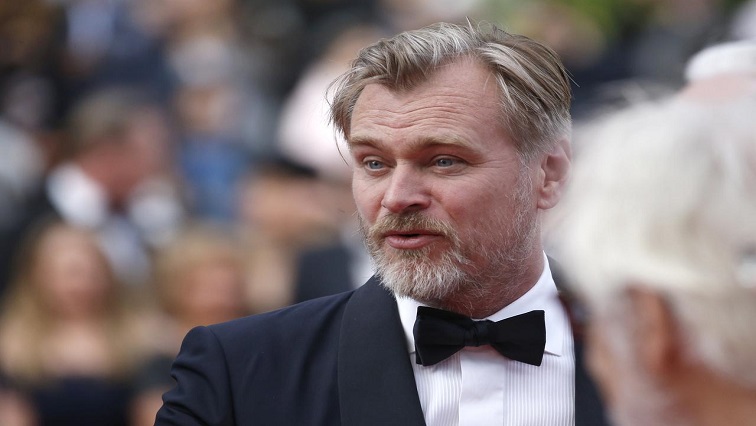 After months of delays, Christopher Nolan’s sci-fi epic “Tenet” finally arrived in U.S. theaters and generated $20.2 million over Labor Day weekend. Ticket sales, though difficult to dissect given the uncharted waters of the coronavirus era, are roughly in line with expectations for a new release during a pandemic.

The espionage thriller is already nearing the $150 million mark globally, thanks to a stronger showing at the international box office. Overseas, “Tenet” earned another $78.3 million this weekend, bringing its worldwide haul to $146.2 million.

Warner Bros., in a note Sunday afternoon to press, said the studio was “very pleased” with initial results, stressing that the rollout of “Tenet” will be “a marathon not a sprint” — meaning it doesn’t need splashy inaugural weekend grosses to justify its release.

“There is literally no context in which to compare the results of a film opening during a pandemic with any other circumstance,” the studio said. “We are in unprecedented territory, so any comparisons to the pre-COVID world would be inequitable and baseless.”

The domestic debut for Nolan’s latest includes ticket sales from preview screenings that started on Monday in the U.S. and Canada. In pre-coronavirus times, “Tenet” would have seen much more substantial opening weekend figures. However, it’s launching in a vastly different environment since numerous theaters in the country are out of operation.

“With a significant number of key U.S. states and cities still closed, this is a fair opening,” said David A. Gross, a box office analyst at FranchiseRe. “Business in the U.S. is improving, but large numbers of moviegoers are not back yet. For now, this is as good as it gets.”

“Tenet” was able to play in about 2,800 cinemas across the country, a smaller footprint than normal for a wide release of this size. But Warner Bros., the studio behind the twisty thriller, is banking on it being enough to rationalize unspooling the mega-budgeted film after months of delays.

Currently, about 65-70% of multiplexes in the U.S. have reopened, though influential markets like New York City, Los Angeles, Seattle and San Francisco are still off limits. That likely shaved millions of dollars off of “Tenet’s” grosses.

Drive-in theaters have been a boon for cities where indoor cinemas can’t reopen yet. However, Warner Bros. issued guidelines that restricted the areas where “Tenet” can play outdoors.

They mandated that the film can only screen at drive-in theaters if indoor venues in that particular city are open. That means drive-ins in Los Angeles and San Francisco, both of which have been doing robust ticket sales during the pandemic, didn’t have access to one of the buzziest titles of the year.

“Tenet” is the first major blockbuster to debut in the U.S. after the pandemic forced theaters to close in March. It was originally slated to bow in July but was delayed multiple times as cases of the virus continued to surge. While other anticipated titles — like “Fast and Furious” entry “F9” and Marvel’s “Black Widow” — pushed their openings into late 2020 or 2021, “Tenet” remained fluid with the hopes of welcoming audiences back after prolonged shutdowns.

Warner Bros. domestic distribution chief Jeff Goldstein said the studio opted to forge ahead with the release of “Tenet” given its appeal to overseas audiences.

“As a strategy, we looked at this movie and said [ticket sales will be] two-thirds international and one-third domestic,” he said. “Clearly the rest of the world was in a better place in terms of figuring out how to move forward.”

Though “Tenet” started playing in theaters on Thursday, Warner Bros. opted not to report grosses until Sunday. Hollywood has been looking to “Tenet” as an indicator of the viability of the movie theater business during a global health crisis. Many exhibitors reopened their cinemas in time to screen “Tenet,” and they are banking on pent-up demand to see a movie on the big screen for the first time in months.

Ticket buyers who ventured out to see “Tenet” in theaters opted to see it in the best quality possible. Imax screens accounted for $11.1 million of global sales this weekend.

China, where “Tenet” premiered on Friday, pulled in more than $8 million in ticket sales on opening day and $30 million over the weekend. When it comes to restarting business, the country is well ahead of the U.S. Already, China has seen notable success with war epic “The Eight Hundred,” which has grossed over $300 million to date.

“Though the box office trajectory in North America will look quite different for ‘Tenet’ than in the international marketplace, the film may actually see its fortunes rise in the coming weeks as more and more cities open their multiplex doors,” said Paul Dergarabedian, a senior media analyst with Comscore.

The hope, among studios and theater owners alike, is that extensive safety measures will make audiences feel more comfortable returning to indoor spaces in the coming weeks.

“Tenet,” led by John David Washington and Robert Pattinson, cost $200 million to make — and many millions more to globally promote. That means the time-bending thriller needs to pull in robust ticket sales to turn a profit. Audiences gave the film a “B” CinemaScore, lower than usual for Nolan’s filmography.

But without much competition from other Hollywood movies, Warner Bros. is optimistic that “Tenet” will play in theaters for months to come.

When it comes to competition, “Tenet’s” biggest rival may be coming from the small screen. “Mulan,” Disney’s reimagining of 1998 cartoon, is skipping U.S. theaters and launching this weekend on Disney Plus. The family movie is available to rent on the studio’s streaming service for $30.

In areas where Disney Plus is not available, “Mulan” is opening on the big screen. The fantasy epic — directed by Niki Caro and starring Liu Yifei — drew $5.9 million from nine international markets, including Malaysia, Singapore and Thailand. “Mulan” opens in China and Russia next weekend.

In weeks since theaters have started to resume business, a handful of new releases, such as “The New Mutants,” Russell Crowe’s road-rage thriller “Unhinged” and “The Personal History of David Copperfield” starring Dev Patel, have debuted.

Disney and 20th Century’s “The New Mutants” is aiming to generate $3.5 million through Labor Day, taking its North American bounty to $12.3 million.

Searchlight’s “David Copperfield” is expected to pull in $470,000 from 1,550 theaters over the four-day holiday weekend. That should push its domestic tally to $1.13 million through Monday.

“Unhinged,” in its third weekend in theaters,” made $655,000 on Saturday and looks to collect $1.67 million over the weekend. Through Monday, the movie is projecting $11.67 million total.

It’s unclear if the numbers for “Tenet” will justify moving forward with other blockbusters until coronavirus gets under control in the U.S. or a vaccine is developed. For now, “Wonder Woman 1984,” also from Warner Bros., is the next film gearing up to hit the big screen.

The comic book adventure is expected to touch down in the U.S. on October 2.