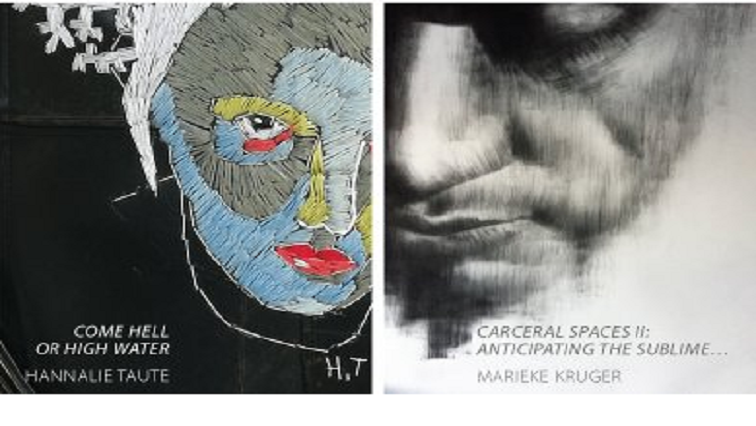 An art project in Wellington in the Boland is breathing renewed hope and transformation into the lives of current and former prisoners. Facilitated by the Breytenbach Centre, the project is run by artist and educator, Marieke Kruger.

Workshops are held at the Drakenstein Correctional facility and some of the works are currently being exhibited.

An array of self-portraits which explore the notion of identity in and out of prison is currently on exhibition at the Breytenbach Centre.

One of the artists, 60-year-old Joseph Buys, has spent most of his adult life incarcerated.

In his words, he was an habitual criminal. From  a young age, however, he had an affinity for drawing.

He is one of the former inmates who joined the art project while in prison in 2015.

“I spent some 40 years in and outside of prison, not longer than 3 months outside, sometimes the same day back in prison, and ever since I joined this group, I don’t think of crime, I don’t feel like crime, I don’t feel like a criminal because in the art world, there is no thing like a tainted rapsheet and that I think is the only place in society today where you can step in and do your thing, and not get judged or any prejudice against you. Art has become such a transformation for me .”

His fellow former inmate and artist, Neelam Naidoo, was sentenced to 17 years, of which he spent nine and a half years in jail. He has been participating in the project for the past four years.

Recently released from prison, Naidoo was anxious about his future and worried about making a living on the outside.

“I lost my parents and my brother while I was in prison .Through art I can express everything, all my emotions, my feelings. I feel so much at ease with myself, I’ve forgiven myself for what I did and art has helped me in so many ways,” says Naidoo.

Both men’s work have fared well in terms of sales, since the exhibition was launched virtually during the national lockdown.

“I think also because they have these life stories that they are exploring in their work that I think really speaks to the public, people want to support this kind of project. I think where a criminal record may in other professions count against you, I think in the art world it’s actually counting for them,” says artist, Marieke Kruger.

The Breytenbach Centre wants to ensure the sustainability of the project, which it says, offers former offenders, such as Buys and Naidoo a second chance at life.