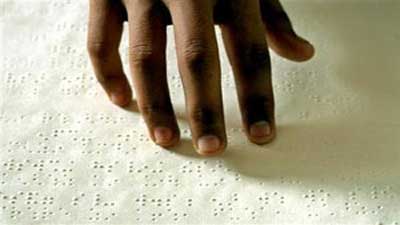 Blind SA has led a march to Union Buildings, calling on President Cyril Ramaphosa to speed up the passing of the Copyright Amendment Act.

The group wants equal opportunities and access to books, handbooks and other learning material.

President of BlindSA, Ntshavheni Netshituni says because of the archaic copyright law that dates back to the Apartheid regime, disabled people, who include blind and dyslexic people, are denied the opportunity to access reading material for free.

“It says you must obtain permission and to a certain extent you must pay. It all depends on the publisher what the publisher says. If the publisher says go and buy the book and bring it to me as proof then I can give you access, then it means I would have bought it and from there I’m going to buy it again. With the conversion because the conversion is not for free, If I want it in brail I must get it paid to have access to it. So I have paid twice.”

The Copyright Amendment Bill makes exceptions regarding protection of copyright work for people with disabilities. It states they can – without authorisation of the copyright owner – convert reading material into a format to the benefit of print-disabled persons in certain conditions. It also allows for the import or export of the converted format without authoristation.

The Amendment Bill was accepted by Parliament and sent to President Ramaphosa to sign, but he sent it back to the legislatures.

Opponents of the bill say fair use provisions in the draft law are excessive and far exceed those of other countries like the US and will be “extremely catastrophic” for authors and publishers in South Africa.

Below is a discussion on translating creative braille books:

BlindSA also wants South Africa to ratify the Marakesh Treaty. The amendment and Treaty will ensure that blind people can convert written text into formats they can access without breaking the Copyright Act.

“The Marakesh Treaty, which is acceded to by many countries almost 160 countries, is saying otherwise print for disabled people must be given exception when it comes to access. That they don’t have to got to the publishers, because the publishers are part of this agreement. They do agree that we must be given that access. Because of the current wording of the Copyright Act, we can’t have that direct access.”

Netshituni says they have been trying for seven years to have the Amendment Bill passed.

Several artist, actors and musicians joined the march. They also want the Amendment Bill to be passed speedily as it will protect them against exploitation. The Amendment Bill provides for royalties, amongst others, to be paid out to a creative every time a television programme or play is broadcast and not just for the initial recording.

The group wants a response from government on the matter by the 27th January next year.