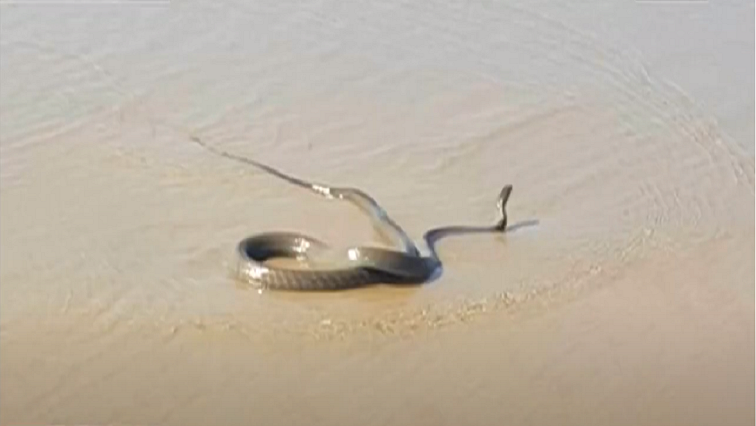 The South African Association of Marine Biological Research (SAAMBRE) says the Black Mamba that was found swimming at Durban’s Addington beach earlier this week will be released into its natural habitat soon.

A video showing the indigenous snake caught up in the tide and then washing up ashore has gone viral.

Conservation strategist at the South African Association of Marine Biological Research, Dr Judy Maan, says the snake is currently being given a general health check.

“So, they’re definitely not marine animals, so you won’t expect to find them on the beach. We gave it a general health check, we’re treating it for dehydration and shock obviously because it spent quite some time swimming in the ocean. We’ve been treating it for general basics just to get it ready for release again.”

In the video below, Black Mamba rescued on Durban beach: