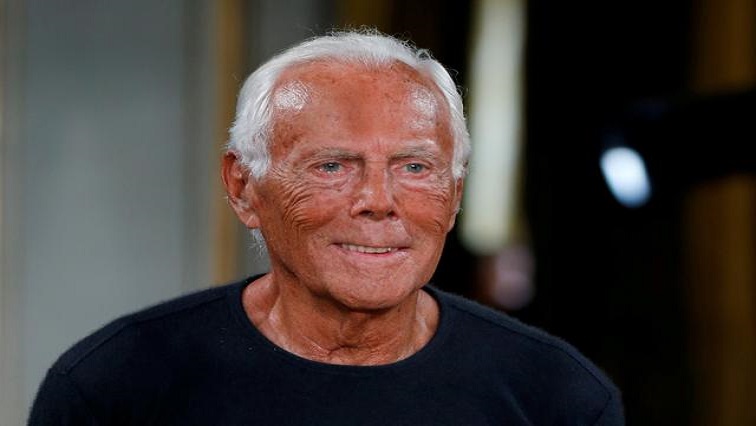 Forty-five years after founding his fashion group, Giorgio Armani came up with a new way of showing his latest catwalk creations on Saturday – a prime-time TV show.

The show was one of the highlights of Milan’s fashion week, which has hosted a mix of live and virtual catwalks for its first edition since coronavirus restrictions made the heady mix of glamour, celebrity and hype at such events more complicated.

The show, preceded by a short documentary about Armani’s career curated by the designer himself, was broadcast on Italian free-to-air La7, one of the country’s main channels, with the aim of opening up to a wider public.

While there was no traditional VIP front row to applaud the designs, Armani’s trademark clean, elegant style was on display: trouser suits, short jackets with round collars, silk and organza blouses in pale grey, beige, light blue and green, and shimmering evening wear.

“Out there hell has broken loose, I prefer to think that we can keep the hell outside,” Armani said of his sober designs as he spoke to reporters at a preview of the collection.

He said that travel restrictions made presenting men’s and women’s designs together more sensible, although it was too early to say whether he would follow that model again in the future.

“We have to anxiously wait to see what happens,” said the designer, who has already announced that he will present his next haute couture show in Milan rather than Paris.

Italy enforced one of the strictest and longest lockdowns, from early March. Now new infections are just under 2,000 a day, steadily rising again, but below levels seen in France, Spain and Britain.

Its fashion and textile industry, with a turnover of 95 billion euros ($98 billion) and 600,000 workers is the second most important nationwide, is reeling from a plunge in sales.

According to business lobby Confindustria, exports of women’s’ fashion fell by 24% in the first six months of the year.

Armani’s collection ended with a model in an evening robe sporting the face of a black cat on a sequined, silvery waistcoat, a tribute to Armani’s pet Angel, who died in July.