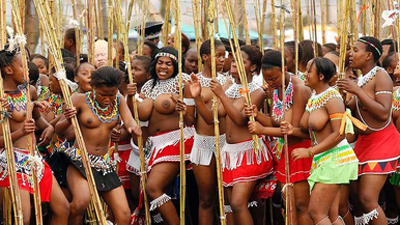 Zulu King Goodwill Zwelithini has announced that this year’s annual Reed Dance will be held virtually.

This is in light of the coronavirus pandemic and its impact on all sectors including the arts.

More than 20 000 young girls normally gather at the King’s Enyokeni Traditional Residence for the colourful ceremony.

This year the maidens are expected to observe this day at their respective homes due to the national lockdown and efforts to curb the spread of the coronavirus.

Spokesperson for the royal household – Prince Thulani Zulu – says only 30 young girls from across the province have been chosen to be at the king’s residence.

“The chosen maidens will present the placards to His Majesty on behalf of all other maidens and they will be led by Princess Cebolenkosi. His Majesty on many occasions fittingly has used the Reed Dance festival to educate society on vital social issues such as practicing social moral behaviours and the like but this year he will focus on violence against women and children, and against killing of people around the country as it happens,” says Zulu.

Reed Dance to mobilise against gender-based violence and femicide