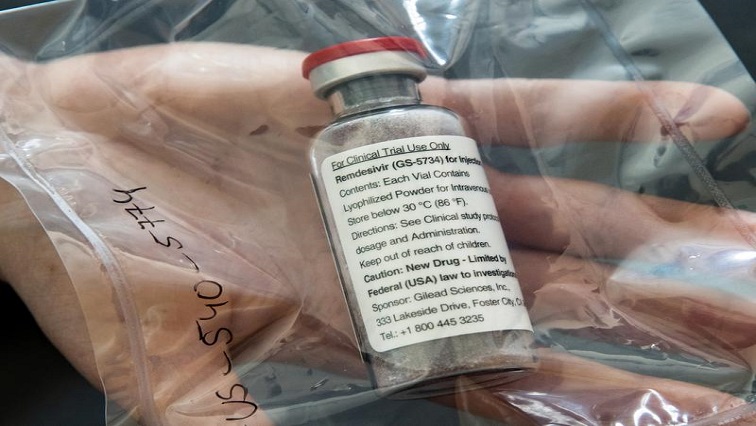 The WHO draft document, seen by Reuters and dated October 30, says the priorities are to secure monoclonal antibodies in a tight market and to boost purchases and distribution of cheap steroid dexamethasone, of which it has already booked nearly 3 million courses of treatment for poorer countries.

Monoclonal antibodies are manufactured copies of antibodies created by the body to fight an infection.

The paper, which for the first time outlines how the scheme would spend donors’ money, does not cite remdesivir among priority drugs – a significant omission as the antiviral is the only other medication alongside dexamethasone approved across the world for treating COVID-19.

Gilead Science, the US company that developed remdesivir, said the WHO scheme had not funded its COVID-19 trials and had never approached the firm for the possible inclusion of the drug in its portfolio.

The drug-supply scheme is one of the four pillars of the so-called ACT Accelerator, a WHO-led project which also seeks to secure COVID-19 vaccines, diagnostics and protective gear for poorer countries by raising more than $38 billion by the beginning of 2022.

“Immediate priorities for the (therapeutics) pillar are intensifying efforts on monoclonal antibodies while scaling up dexamethasone use,” says the WHO document, still subject to changes and expected to be published on Friday or next week.

The drug-supply scheme, co-led by the Wellcome Trust, a charity, and Unitaid, a health partnership hosted by the WHO, urgently needs $6.1 billion, $750 million of which by February, out of a total ask of $7.2 billion.

More than half the money needed urgently would be used to procure and distribute monoclonal antibodies, the document shows, saying these therapeutics could have a “game-changing” impact but are in short supply.

No drug based on monoclonal antibodies has yet been approved against COVID-19, but the WHO scheme has already invested in research on the new technology and has secured production capacity at a plant of Fujifilm Diosynth Biotechnologies in Denmark.

The scheme wants to spend $320 million to produce antibodies in that facility, the document says, estimating that would be enough to secure at least 4 million antibody courses assuming upper-range procurement costs of $80 per course.

A spokeswoman for Unitaid, speaking on behalf of the co-leaders of the scheme, confirmed that it wanted to raise and invest $320 million in securing monoclonal antibodies but declined to comment on potential commercial deals citing confidential agreements.

Among companies developing monoclonal antibodies against COVID-19 are US pharmaceutical giant Eli Lilly, Switzerland’s Novartis and US firm Regeneron , whose antibodies were administered together with remdesivir to US President Donald Trump in October when he tested positive for the coronavirus.

Eli Lilly has already agreed to produce antibodies at the Fujifilm plant from April and make them available at “an affordable price” to poorer countries, a company spokeswoman said.

Lilly’s drug is being trialled and is seeking emergency authorisation in the United States.

A US government-run trial of the drug was paused in mid-October over safety concerns, but other trials continue. In spite of the suspension, the U.S. administration said last week it had sealed a $375-million supply deal.

It is unclear how and whether the WHO scheme will raise the money needed for the supply of antibodies and other projects.

Regeneron and Novartis were not immediately available for comment.

Despite being short of funds, the WHO drugs-supply scheme wants to “transform the treatment landscape”, the document says, and distribute hundreds of millions of courses of COVID-19 drugs to poorer countries by 2022.

Apart from monoclonal antibodies and dexamethasone, it is also planning to develop and secure experimental drugs, including new antivirals and repurposed drugs.

The scheme wants to spend another $100 million to seal deals with unspecified drugmakers from mid-2021, the document says, and next year plans to invest another $4.4 billion to secure drugs showing positive results in clinical trials.

The Unitaid spokeswoman said that among repurposed therapeutics, dexamethasone and its alternative, hydrocortisone, were the most promising.

Remdesivir, alternatively known as Veklury, is also a repurposed antiviral which was initially trialled against Ebola.

Unitaid confirmed the scheme had not procured or funded remdesivir. It did not comment on whether it may buy the drug in future or on why remdesivir did not appear among priority treatments in the document.

Remdesivir has been authorised in dozens of countries around the world to treat COVID-19. However, preliminary findings of a major WHO-sponsored trial revealed in October the antiviral had little or no benefit for COVID-19 patients, contradicting previous positive trials.

Governments however continue to buy it, with Germany this week announcing the purchase of more than 150 000 doses for the next six months.