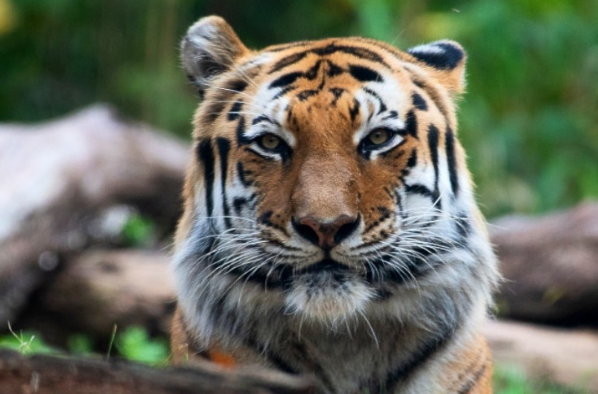 Nadia, the tiger who tested positive for the novel coronavirus in New York, and six other big cats who developed a dry cough at the Bronx Zoo appeared to be on the mend on Monday after doses of medication and tenderness.

“A little TLC by the keepers taking care of them, some anti-inflammatory medications,” Paul Calle, chief veterinarian for the Wildlife Conservation Society’s Bronx Zoo, said in describing to Reuters the regimen that was helping them to improve on a daily basis.

Some of the four tigers and three lions got antibiotics.

All had “mild” illness and were expected to fully recover, he said.

That includes Nadia, a 4-year-old Malayan tiger who stopped eating and was the only one tested because the zoo did not want to subject all the cats to anesthesia, Calle said.

Swabs of her nose and throat and tracheal fluid from her lungs were sent to veterinary schools at Cornell University and the University of Illinois, which conducted animal COVID testing, which does not use the scarce resources for the human testing that is in demand nationwide, he said.

“There isn’t a competition between testing for people and animals,” Calle said.

Calle told reporters on Sunday that Nadia was the first known case of a human infecting an animal and making it sick with COVID-19.

The virus that causes COVID-19 is believed to have spread from animals to humans, and a handful of animals have tested positive in Hong Kong.

But officials believe this is a unique case because Nadia became sick after exposure to an asymptomatic zoo employee.

Calle said the zoo did not know which employee infected the tiger.

“There have been some test results in dogs and cats, but they were either healthy or it wasn’t clear that COVID was the cause of the illness,” Calle said.

The first tiger at the zoo, which has been shut since mid-March, began showing signs of illness on March 27, according to the US Department of Agriculture National Veterinary Services Laboratories, which performed the test.