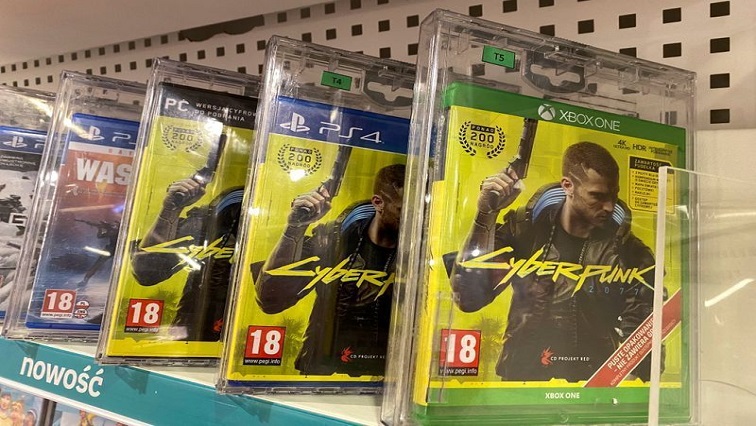 Sony is pulling Cyberpunk 2077 from its PlayStation Store only a week after its debut in the wake of complaints of glitches in the video game created by Poland’s CD Projekt.

The role-playing game, billed as an “open-world, action-adventure story set in a megalopolis obsessed with power, glamour and body modification” and featuring Hollywood star Keanu Reeves, was delayed three times before its debut.

Sony’s unusual move is another blow for CD Projekt, Poland’s top video game maker, whose shares have tumbled from a record high last week as fans and game reviewers have voiced concerns.

CD Projekt, whose shares were down 17% at 1159 GMT, said the suspension was temporary and it was working hard to bring Cyberpunk back to PlayStation Store as soon as possible.

The launch of Cyberpunk, where gamers play as “V”, a character who is described as a mercenary outlaw pursuing a “one-of-a-kind implant that is the key to immortality”, coincided with people being stuck at home during the pandemic.

And while the coronavirus crisis has boosted demand for games, new titles are in short supply, meaning that those which have been launched have attracted particular attention.

Several big-ticket games like Microsoft’s ‘Halo Infinite’ have also been delayed due to the challenge of developers being stuck at home during coronavirus restriction.

CEO Adam Kicinski said when Cyberpunk was launched that CD Projekt would have preferred to have fewer bugs, but it did not consider delaying for the fourth time.

He said there had been fewer external testers, as they were not able to try the game from home as a result of COVID-19.

“We are highly disappointed by the information, which shows that the game was just not ready to debut in December and the decision to launch it was a big mistake,” Kacper Kopron, an analyst at Trigon DM brokerage, said.

Sony’s move risks goodwill built up with fans over many years and CD Projekt has promised to iron out the bugs with updates, with patches due in January and February.

CD Projekt, which gained prominence with its ‘The Witcher’ series to become one of Poland’s biggest listed companies, was expected to break sales records with Cyberpunk, which also launched on Microsoft’s XBox and Google’s Stadia.

Kicinski said in an emailed statement that CD Projekt was not in talks with Microsoft about a possible withdrawal of the console version of the game from the Xbox platform.