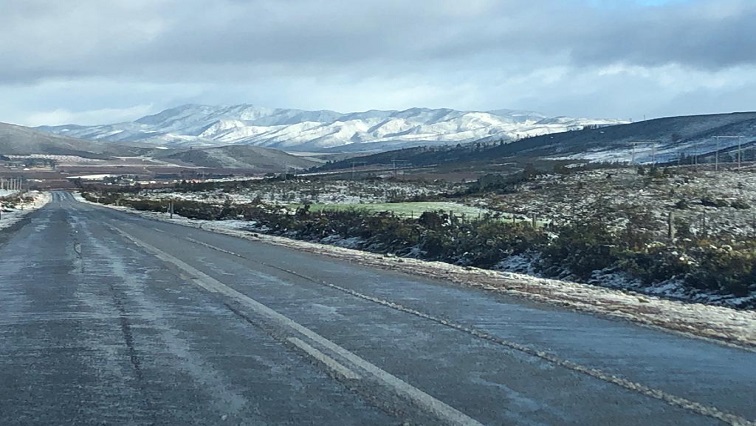 The cold front that is moving across the country at present has brought rain and snow to large areas of the Eastern Cape.

Farmers in the fruit growing area of the Langkloof have reported good snowfalls in the mountains but also at ground level.

Local farmer, Robin Baldie, says this is the biggest snow cover he has ever seen.

“It is the first time in my life that we have had snow on the farm, it is usually in the mountains. We have had some damage. Five hectares of hail nets have fallen flat. The rest of the nets were opened. We are very grateful for the rain and snow. Our dams are empty. We rather take the positives of the water to break the drought than the damage we have [experienced],” adds Baldie.

Meanwhile, snow has fallen on most Western Cape mountains following a severe cold front that made landfall on Monday.

The Weather Office says the south-western coastal areas can expect isolated showers for the rest of Tuesday.

Forecaster Kate Turner says, “By tomorrow (Wednesday) the rain would be over, just some cloudy to partly cloudy conditions were expecting for tomorrow, cold there as well, but otherwise no further rain for tomorrow.”

“There’s a weak frontal system just clipping the Cape on Thursday for the South-Western coastline. We’re expecting a bit of rain on Thursday morning spreading along the South Coast into the Garden Route during the course of the day. By Friday and over the weekend it looks to be fairly clear and good weather once again.”