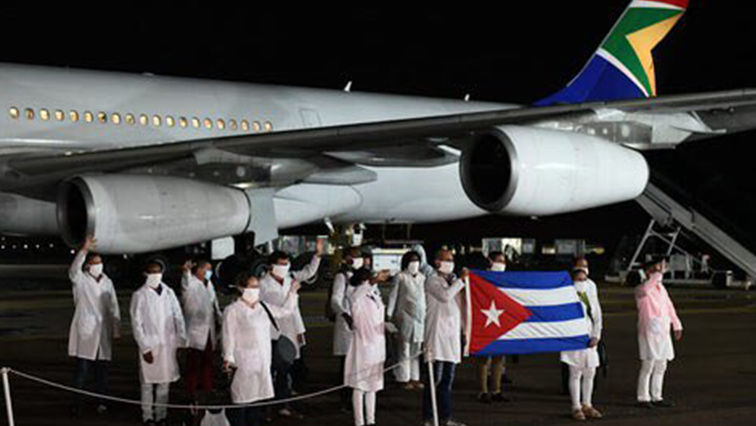 The Public Service Accountability Monitor (PSAM) says while there are calls for the government to explain the high costs of having Cuban healthcare workers in South Africa – there aren’t enough medical doctors in the country to help manage the health sector.

Health Minister Zweli Mkhize recently confirmed that the salaries of Cuban health workers deployed to South Africa to help in the fight against COVID-19 are estimated to cost taxpayers around R239 million.

Kruuse says, “Globally, paying and funding doctors and nurses is a costly exercise. These are specialists and physicians. They do globally demand higher salaries. I accept that there are question marks surrounding the remuneration of the nurses listed and that would require responses from the national health department and the minister to explain how those costs were arrived at. I do know that there has been guidance drawn from remuneration benchmarks. We, as PSAM, have said for a long time that we need to drastically increase the funding to provincial and national departments of health.”

The Cuban doctors seconded to South Africa to help in the fight against Covid-19 will cost the state just over R239m, Provinces will pay millions more for accommodating the brigade until April 2021. pic.twitter.com/Llz4awATD3

According to Mkhize, R6 million of this amount is for accommodation, and that does not include the costs of provinces of Gauteng, Mpumalanga and KwaZulu-Natal.

Mkhize says they will assist the country in areas where South Africa is unable to produce enough medical capacity.

He added that the estimated costs are informed by the appointment levels of the Cuban Health Brigade as determined by their registration category, which took into consideration years of experience amongst other things.

South Africa continues to see a rise in COVID-19 cases with 52 991 recorded infections, and with 1162 people having died from the illnesses.