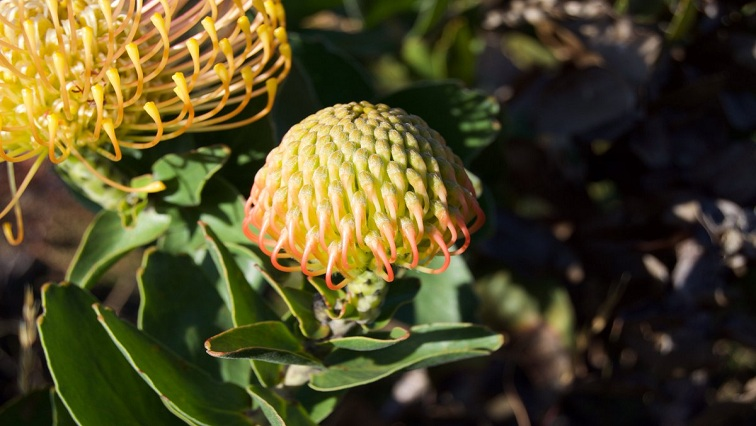 The survival of a spectacular and extremely rare fynbos plant has now been secured thanks to the intervention of the Gourikwa Nature Reserve near Gouritsmond in the Western Cape.  The Lobostemon belliformis was first discovered 40 years ago and placed on the Red Data list of critically endangered species.

The fynbos is a beautiful, prehistoric-looking plant.

Until recently, only 38 plants were known to exist on this sandstone outcrop. After the clearing of alien vegetation, more were discovered.

Charl Wade from the South Cape Protection Association says a total of 178 Lobostemon belliformis are on site.

“We used the working on fire teams and some of their resources as well and we cleared around as you can see, around these plants and a lot of new individuals were actually discovered. At the end of the day, now we can say the last survey we did was June 2019, we got a total of 78 lobostemom beliformis species individuals on the site at the moment.”

Large parts of the coastline are being swamped by developments, but Gourikwa is doing what it can to conserve this unique duineveld ecosystem.

“We pride ourselves in having the lobostemon here. We have two passionate bosses, people that own the land; Thys Neeser and Dave Savage. They felt strongly about it to preserve this unique plant so we do everything possible to look after it,” says Gourikwa manager Sonia Louw.

The reserve has also successfully propagated cuttings at a specialist nursery near Great Brak River.