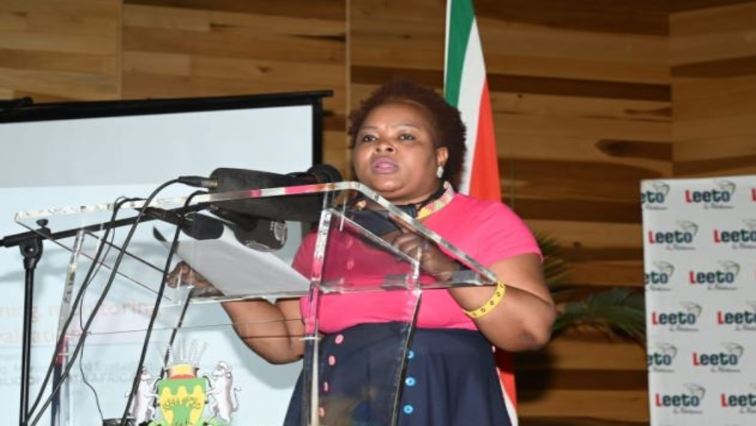 Members of the public can now lodge service delivery complaints digitally with the Presidential Hotline through the newly launched ‘Khawuleza” mobile app and an automated service system.

Deputy Minister in the Presidency, Thembi Siweya, says this will speed up service delivery. She was speaking during the launch of the app in Polokwane, Limpopo.

Siweya says complaints can be lodged in all 11 officials languages.

“We are here today to add to what already exists it simply works from you downloading from Google store app and have it on your phone. The advantages of it is that you can lodge your complaint in any of the 11 official languages it also gives you a code which is a reference number that is going to assist you to be able when you’re seated at the comfort of your home go into the app check how far is your concern,” says Siweya.

The Deputy Minister in the @PresidencyZA, @ThembiSiweya is launching the pilot Presidential Hotline Khwawuleza Mobile App and USSD code.

Currently the Presidential Hotline can only be reached through telephone and email. #KhawulezaAPP pic.twitter.com/UaQQ17eZHg

Siweya believes the app will help speed up responses to concerns raised by the public as its turnaround time is expected to be seven days.

“We have given ourselves a 7-day turnaround strategy to say if you launch a complain by today, tomorrow you’re going to see that you’ve moved one step. We escalate your concern to go where it’s supposed to go if you do not have have  a smartphone, South Africans will have an opportunity to dial a USSD code which is *120*773# you can also utilise it so that you can follow whatever is happening,” says Siweya.

MEC for Social Development in Limpopo, Nkakareng Rakgoale, says the new system will improve how government interacts with people.

“In this digital era it was unavoidable to move with the time in terms of the fourth industrial revolution the app will help create an interactive environment between government and the people. This will indeed supplement the premier’s hotline which was established by Premier (Stan) Mathabatha in 2011 with an aim of ensuring easy access to his office and government we believe that the Khawuleza app will prove beyond the shadow of a doubt that government is indeed carrying about its people,” says Rakgoale.

The app will be rolled out throughout the country after its success in Limpopo has been assessed.

This APP is an extension of the Presidential Hotline, and serves an additional platform for raising citizen concerns & complaints in addition to emails and telephone. pic.twitter.com/OYUePd8YG9