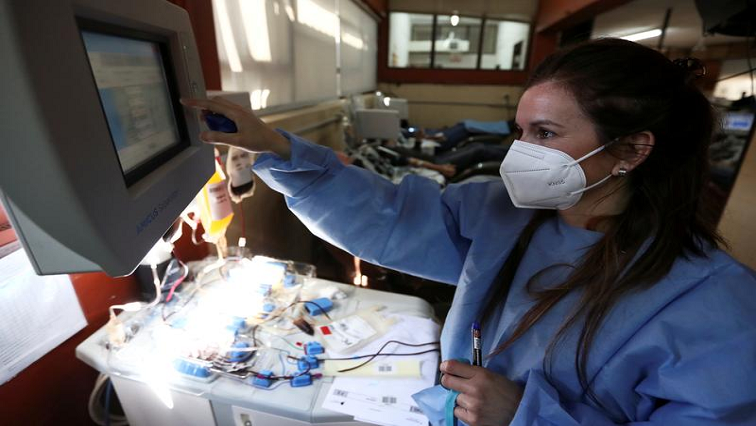 A senior researcher at the Council for Scientific and Industrial Research, Dr Ridhwaan Suliman, says one out of every two to three people test positive for COVID-19.

The positivity rate is calculated at 30% and scientists say it is worryingly high even though there has been a slight decrease over the past week.

The number of infections recorded per day has breached the 20 000 mark for the past five days. The COVID19-related death toll has been between 390 and 600 recorded each day for the same period.

Dr Suliman says the World Health Organisation (WHO) guidelines recommend that the positivity rate be kept below 5%.

“What we have seen over the last eight weeks or so was that test positivity rate has been increasing and worryingly up to record high levels. Over the past week, we saw that the test positivity rate has decreased by 5% compared to the previous week and currently just over 30%. So that is a glimmer of hope at least we see this measures has turned the corner the past week that being said the test positivity at 30% is still worryingly high we finding a positive case for every two to three tests conducted. The guidelines from the WHO indicates that we need to maintain this measure below 5%, it’s still at worryingly high levels.”

In November, Scientists expressed concern over the rapid manner in which the new variant of the coronavirus transfers among people, saying the South African variant is mutating at an alarming rate.

Explainer on what is the new COVID-19 variant:

Virologist, Tulio de Oliveira, said there are concerns that South Africa is not testing enough for the virus.

“It’s very concerning. What we have is a positivity rate of the testing at 26%. What that means is every four tests that we do, one is positive. The UK got very worried and they decided to make stronger interventions when the positivity rate passed 1%. So what we are seeing in SA in the number of infections is just the tip of the iceberg because we are not testing very widely and a quarter of our testing can be positive.”

The WHO sought to explain how the COVID-19 variant, found in South Africa, rapidly transmits among people saying the mutation likely assists the coronavirus to bind to human cells.

The virus mutation in the spike protein known as N501Y, latches easily on to and enters human cells, causing health complications.

There are strong suspicions that the variant may be spreading faster than expected, with officials pleading with the public to ensure they take extra precautions against contacting the virus.

Scientists have warned that the number of coronavirus cases across South Africa is likely to be much higher than the reported figure saying the country is not conducting enough tests for COVID-19.