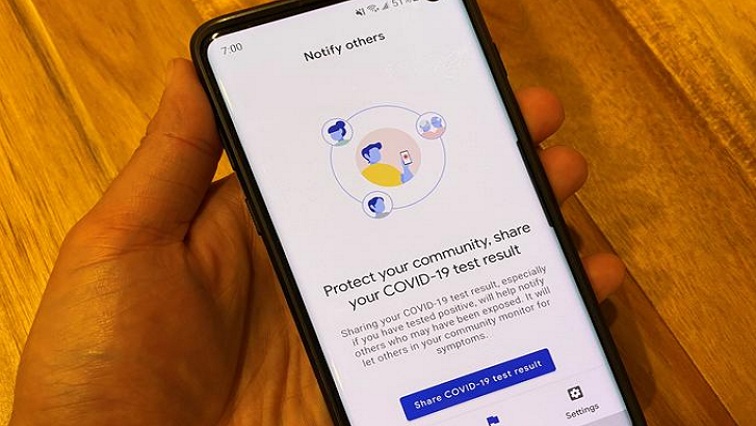 A new wave of mobile apps that help track exposure to the coronavirus is coming to US states ahead of the holidays as public health officials bet that recently introduced features from Apple Inc and Alphabet Inc’s Google will significantly boost adoption and impact.

Colorado, Maryland and District of Columbia launched exposure-notification apps with the new technology in the last month, garnering over 2.3 million users combined, according to their public health departments. California, Washington and other states expect to follow in the next month, officials said.

Complementing human contact-tracers, the smartphone apps use Bluetooth signals to track when people are in close contact and anonymously alert users when a recent contact tests positive.

They emerged as promising tools early in pandemic, but technical shortcomings, privacy concerns and dismissive attitudes in the United States toward safety measures undercut their benefits.

The tide may turning as cold weather and lockdown fatigue threaten a global surge in cases.

“This is one of the many tools in the toolbox, and we need to use them all,” said Sarah Tuneberg, Colorado’s senior advisor for coronavirus containment.

University of California campuses are piloting a prospective statewide system based on the new Express technology, starting at San Diego, where it has been used to notify contacts in more than 20 positive cases.

Over 18 000 UC San Diego staff and students, more than 50% of the on-campus population, are using the system.

Many governments in US states and elsewhere spent millions of dollars and countless staff hours on development to launch apps before Express arrived.

Apps in Germany and England each have seen about 20 million downloads since summer launches. Yet that remained short of the critical mass experts say is needed. Both countries have seen a major resurgence in virus cases over the past month.

In Singapore, where the virus is mostly contained, about half the population now uses the TraceTogether app, which is gradually being made mandatory for activities including school and travel.

The United States has lagged, with about 6 million people having tried exposure notification apps since the first one debuted in August, according to data from the 18 states and two territories that made apps available.

By Christmas, nearly 50% of the US population will have access to an exposure notification app, doubling coverage from early October, according to Reuters’ review.

Colorado’s roll-out has become a textbook case for proponents of the technology. Google and Apple also recently started notifying their users about new app launches, and the nudges helped Colorado quickly get about a fifth of its residents to adopt the technology, Tuneberg said.

“We really wanted to get out there before, but the technology wasn’t baked yet,” she said.

Colorado devised an efficient way to trigger notifications. To prevent false alerts, users enter a state-provided code to verify a positive test. It was taking days for backlogged case investigators to send the codes, which has contributed to poor follow-through in many states, with fewer than half of positive users entering their code.

So Colorado last week started automatically texting codes using phone numbers from testing records. Lag time is now hours, not days, and follow-through is up among users. The downside is that people who do not use the app get text messages from the state that they need to ignore.

Other states are reviewing Colorado’s approach.

“Time is of the essence,” said Dr. Katherine Feldman, Maryland’s head of contact tracing. “You want to identify contacts and get them to isolate as quickly as possible.”