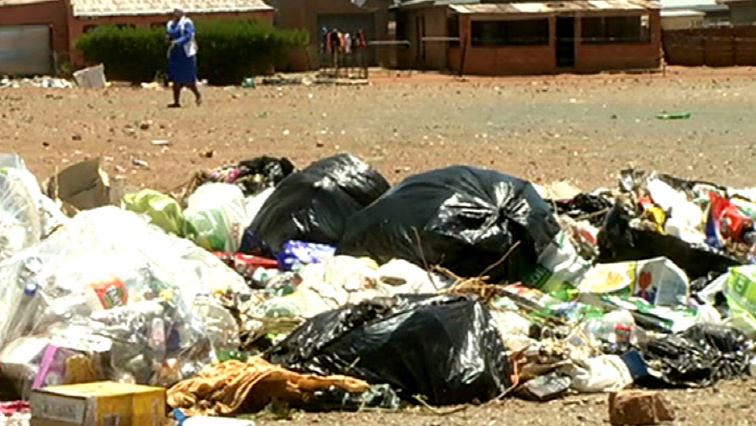 Medical waste has been found on a dumpsite in Bedford, Eastern Cape. These include used Personal Protective Equipment (PPE), medical samples, drips and coronavirus test kits.

Confidential patient information is also visible in the waste. Residents are shocked and outraged by the discovery. The waste poses a potential health hazard for the public.

Fingers are being pointed at the Bedford and Adelaide Hospitals. They have been accused of negligence.

One resident, Dorothy De Kock says they are concerned about the matter. “One of the problems is that they are not putting the rubbish in the whole. Of course, there are rats here; children, little children playing in the rubbish.”

“Us, as the municipality, we are not allowing this the Department of Health must take hard steps to make sure this thing doesn’t happen again and whoever, who has done this thing, the department must deal with them because there is no way that you are going to have a service provider to do this kind of job. The Department of Health must deal with them immediately.”

A spokesperson for the health department, Siyanda Manana, says an investigation is under way.

“We wish to state it on record the PPE of Bedford Hospital is collected by Buhle waste and we are confident the company responsible adheres in terms of disposal of medical waste. However, we will launch further investigations (as to) where those PPEs come from.”

Attempts to solicit comments from the disposal company have drawn a blank.