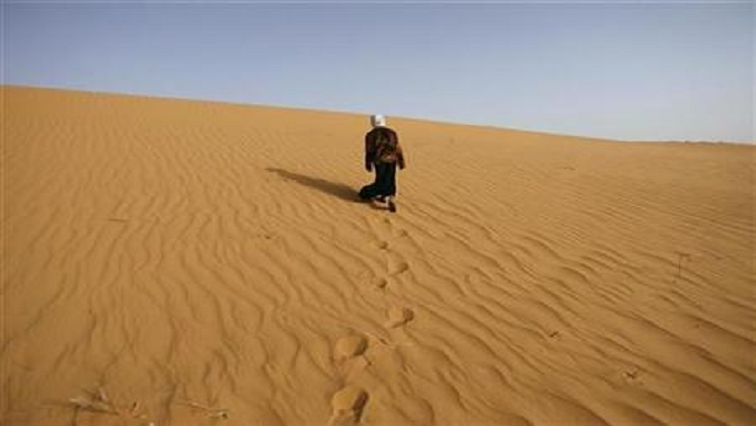 More than a quarter of China is made up of deserts and encroaching sands are a serious threat to the country. That’s why the government spends vast amounts of money and resources, planting billions of trees around desert areas to prevent land degradation.

The terrain in Huailai County, just north of Beijing, is a yellowish-grey sort of colour.

When there’s a gust of wind, a person’s face gets brushed with sand.

SABC News correspondent Patrick Fok visited the fringes of China’s vast desert land to the northwest from here is the Gobi, one of the largest deserts in the world.

The area is called Tianmo. It’s a 200-acre plot of sand dunes that attracts visitors for its scenery. Most people who visit the area are from Beijing.

“We don’t have the chance to go to the desert far away, but we can experience it here,” says one visitor.

But the landscape isn’t the only thing that draws tourists to Tianmo. Hundreds of famous movies were shot here, including blockbusters like Armageddon and part of The Mummy film series.

There are various sets including one that’s a large Chinese fortress. It’s like stepping into another world.

But as much as people enjoying coming to marvel at the desert, authorities have made serious efforts to contain the sand, and to stop it from expanding any further.

Since 2003, volunteers and the military have planted more than two million trees in Tianmo, stretching around an area that’s 8km long.

What it does is it prevents the desert from expanding any further but also, importantly, stops sandstorms overwhelming towns on the other side.

Restaurant owner Juan Zhang grew up in the area and runs a restaurant and guest house, just a short drive away, on the other side of the forest belt.

“There’s a lot less dust now on our side. Before, when you went out, it was full of yellow sand. We’re not far away from it, so tourists weren’t willing to come here. The environment has become better, even some foreigners come now,” says Zhang.

But the efforts to prevent the desert from expanding here isn’t just to protect people in Huailai County. It’s also responsible for blocking sand storms from spreading to the capital, some 90 kilometres away.

That’s why it’s sometimes referred to as the “moat” of Beijing.

“I remember in 2003, there were a lot of sand storms, and when people mention the storms in Beijing, they will say that they spread there from our Huailai County. Now we have slowly improved our tree planting, and the air quality is relatively good. There is rarely any serious smog or dust,” says Zhang.

Tree planting alone won’t stem the tide of desertification, and it’s a constant challenge to keep the sands from creeping.

In the past, swathes of farmland in China have been lost to land degradation. There are still fears it could threaten food security. Experts say to combat the problem, authorities will need to restore natural ecosystems.

Otherwise there’s a danger it could become an environmental and political risk. – Report by Patrick Fok