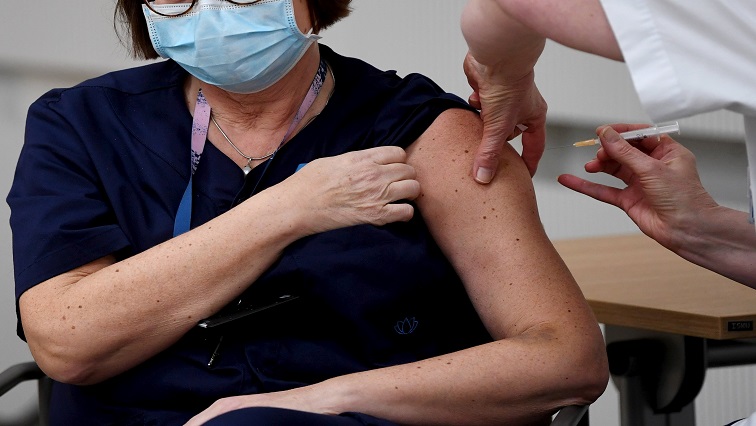 Europe rolled out a huge COVID-19 vaccination drive on Sunday to try to rein in the coronavirus pandemic but many Europeans are sceptical about the speed at which the vaccines have been tested and approved and reluctant to have the shot.

The European Union has secured contracts with a range of drugmakers including Pfizer and BioNTech, Moderna and AstraZeneca, for a total of more than two billion doses and has set a goal for all adults to be inoculated next year.

But surveys have pointed to high levels of hesitancy towards inoculation in countries from France to Poland, with many used to vaccines taking decades to develop, not just months.

“I don’t think there’s a vaccine in history that has been tested so quickly,” Ireneusz Sikorski, 41, said as he stepped out of a church in central Warsaw with his two children.

“I am not saying vaccination shouldn’t be taking place. But I am not going to test an unverified vaccine on my children, or on myself.”

Surveys in Poland, where distrust in public institutions runs deep, have shown fewer than 40% of people planning to get vaccinated, for now. On Sunday, only half the medical staff in a Warsaw hospital where the country’s first shot was administered had signed up.

In Spain, one of Europe’s hardest-hit countries, German, a 28-year-old singer and music composer originally from Tenerife, also plans to wait for now.

“No one close to me has had it (COVID-19). I’m obviously not saying it doesn’t exist because lots of people have died of it, but for now I wouldn’t have it (the vaccine).”

A Christian Orthodox bishop in Bulgaria, where 45% of people have said they would not get a shot and 40% plan to wait to see if any negative side effects appear, compared COVID-19 to polio.

“Myself, I am vaccinated against everything I can be,” Bishop Tihon told reporters after getting his shot, standing alongside the health minister in Sofia.

He spoke about anxiety over polio before vaccination became available in the 1950s and 1960s.

“We were all trembling in fear of catching polio. And then we were overjoyed,” he said. “Now, we have to convince people. It’s a pity.”

The widespread hesitancy does not appear to take into account the scientific developments in recent decades.

The traditional method of creating vaccines – introducing a weakened or dead virus, or a piece of one, to stimulate the body’s immune system – takes over a decade on average, according to a 2013 study. One pandemic flu vaccine took over eight years while a hepatitis B vaccine was nearly 18 years in the making.

Moderna’s vaccine, based on the so-called messenger ribonucleic acid (mRNA) technology, went from gene sequencing to the first human injection in 63 days.

“We’ll look back on the advances made in 2020 and say: ‘That was a moment when science really did make a leap forward’,” said Jeremy Farrar, director of the Oxford University Clinical Research Unit, which is backed by the Wellcome Trust.

The Pfizer/BioNTech shot has been linked with a few cases of severe allergic reactions as it has been rolled out in the United Kingdom and the United States. It has not turned up any serious long-term side effects in clinical trials.

Independent pollster Alpha Research said its recent survey suggested that fewer than one in five Bulgarians from the first groups to be offered the vaccine – frontline medics, pharmacists, teachers and nursing home staff – planned to volunteer to get a shot.

An IPSOS survey of 15 countries published on November 5 showed then that 54% of French would have a COVID vaccine if one were available. The figure was 64% in Italy and Spain, 79% in Britain and 87% in China.

A later IFOP poll – which did not have comparative data for other countries – showed that only 41% people in France would take the shot.

In Sweden, where public trust in authorities runs high like elsewhere across the Nordics, more than two people in three want to be immunised. Still, some say no.

“If someone gave me 10 million euro, I wouldn’t take it,” Lisa Renberg, 32, said on Wednesday.

Polish Prime Minister Mateusz Morawiecki urged Poles on Sunday to sign up for vaccination, saying the herd immunity effect depended on them.

Critics have said Warsaw’s nationalist leaders have been too accepting of anti-vaccination attitudes in the past in an effort to garner conservative support.