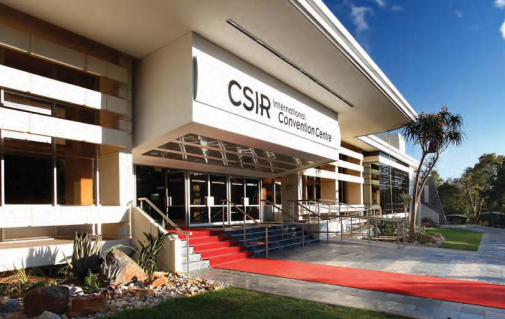 The Council for Scientific and Industrial Research (CSIR) says it is committed to continue improving the lives of South Africans through technology, science, research and innovation. The council is celebrating 75 years of its existence today.

Founded in 1945, the CSIR has been involved in groundbreaking research, among them, the development of one of the world’s biggest 3D printers. It also contributed to the development of the lithium ion battery used in smartphones and laptops, and state of the art HIV and TB research labs.

The CSIR has for seven and a half decades dedicated its resources to improving the quality of life of South Africans through ground-breaking research, development and innovation.

The organisation’s Chief Executive Officer Thulani Dlamini believes that localising technology will help address some of the country’s problems by creating jobs and fighting poverty.

“We wish to be accelerators of socio-economic prosperity in South Africa through leading innovation. And we are going to achieve this by collaboratively innovating and localising technology while providing knowledge solutions for the inclusiveness and advancement of industry and the environment of our society.”

Work done by the organisation

Since its inception, the CSIR led to the establishment of science councils, such as the South African Bureau of Standards, National Research Foundation, National Metrology Institute of South Africa, and the Human Sciences Research Council.

In the midst of the coronavirus pandemic, the CSIR manufactured more than 7 000 ventilators which were distributed to hospitals. CSIR Chairperson Professor Thokozani Majozi says their main focus now is the fourth industrial revolution also known as 4IR.

They also want to focus on the licensing of technology start-up companies.

“There’s YouVeco and it is involved in the development of multispectral imaging cameras. If you look at the licensing because that’s also key in what we do, between 2004 and 2014, we issued about 104 licenses and 35 % of those licenses were based on the technical know-how and 35% of those were patent licenses. About 68% of them were on a nonexclusive basis meaning we are at liberty to issue those licenses to other licensees and we can use those licenses for our own benefit.”

More than 18 000 COVID-19 tests have been conducted at an upgraded CSIR Biosafety Laboratory in a bid to boost the country’s testing capacity and work is under way to manufacture South Africa’s own COVID-19 sample purification kits in large quantities.

“More than ever, our country needs technological innovation for socio-economic development, which is the only way to improve the lives of the people of South Africa. We have sharpened our focus to achieve this. We have developed a new strategy to specifically address industrial development, along with our aim of supporting a capable state,” says Dlamini.