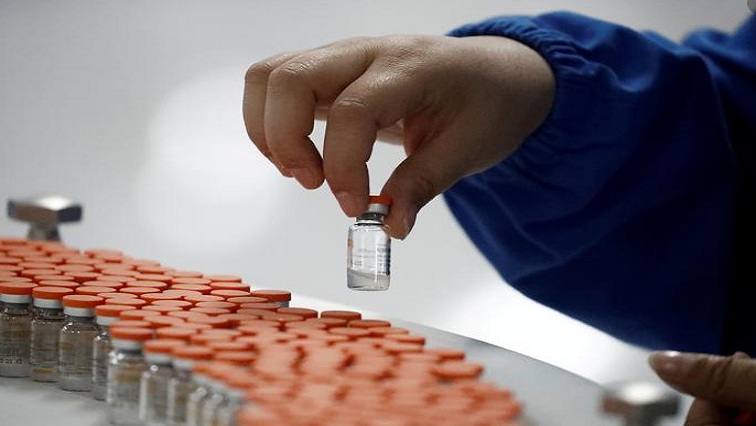 Doses of a COVID-19 vaccine made by China’s Sinovac Biotech are rolling off a Brazilian production line, drawing interest around the country and across Latin America from governments struggling to procure costlier vaccines.

Sao Paulo Governor Joao Doria said at a news conference on Thursday that the state’s biomedical center, the Butantan Institute, aims to fill and finish 1 million doses per day on its production line for a vaccination campaign to start January 25.

Doria said 11 Brazilian states have contacted Butantan seeking the doses of the vaccine, called CoronaVac, setting up a showdown with President Jair Bolsonaro, who has said he refuses to buy the Chinese vaccine for a national immunisation program.

At the same news conference, Butantan head Dimas Covas said several countries in the region, including Peru, Uruguay, Paraguay and Honduras are interested in buying the CoronaVac vaccine from Brazil.

Butantan is in advanced talks with Argentina to the supply vaccine, he said.

Dimas said CoronaVac doses would cost $10.30 to Brazilian states and cities outside of Sao Paulo, a fraction of what some US and European pharmaceutical companies are charging for COVID-19 vaccines.

Butantan has begun to build a facility where it plans to produce the vaccine from scratch as of September 2021 instead of receiving it in bulk from China to fill and label vials.

President Jair Bolsonaro used his weekly live address on social media to appeal to state governors not to implement lockdown and social distancing measures again that will hit the economy, which he said is recovering strongly.

Pressure has been mounting, with state governors criticising the federal government as unprepared for a mass immunisation campaign and failing to secure a diverse enough supply of vaccines.

Pazuello repeated the ministry would buy any effective vaccines that are approved by health regulator Anvisa and reasonably priced, opening the door to a federal purchase of the Chinese vaccine.

Brazil has the world’s second-deadliest outbreak of the novel coronavirus after the United States, with more than 178 000 deaths.

The continent-sized country, with a population of 212 million, has registered 6.7 million confirmed cases.

Although Brazil has an enviable record for national vaccination campaigns and a strong public health system,

Bolsonaro has repeatedly denied the gravity of the virus and is a vaccine skeptic who has said he will not take a COVID-19 shot.

On Thursday, Bolsonaro said the end of the pandemic was insight for Brazil, despite a worsening second wave of infections,with daily case numbers back to mid-August levels.

“Our country is among those that have best emerged from the pandemic,” he said at a public event without providing evidence.

Also on Thursday, health regulator Anvisa set out rules for companies to apply for emergency use authorizations for COVID-19 vaccines, an option that had not previously existed.

The Anvisa decision could allow emergency use of vaccines being tested in Brazil. AstraZeneca, Pfizer Inc,Johnson & Johnson’s pharmaceutical subsidiary Janssen, and Sinovac all have vaccines in late-stage trials.

In total, it says it has lined up 300 million doses via agreements with several manufacturers.